There are moments in a bike race or even in a hard effort when the world seems to close in around you and your whole world shrinks to the screaming of your legs, the burn of your lungs, and the lactic acid filling your body. For some that focused pin-hole view of the world is what they crave. Sure, it feels good to strip down to that primal level now and again, it allows for focus. However, all too often as racers we live in that small world too often. We forget to look around and really take it all in. 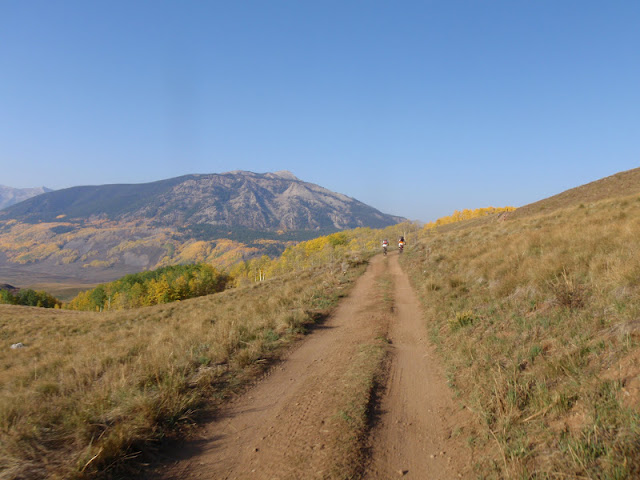 My last race of the season was the Crested Butte Classic this past weekend and I spent the first of the three laps trying to get my racing legs underneath me. However the hard truth was that my legs were like the engine in a Honda Civic trying to tow a trailer over Independence Pass. I would stomp on the gas, but nothing would happen. Some days you're the statue, some days you're the pigeon. 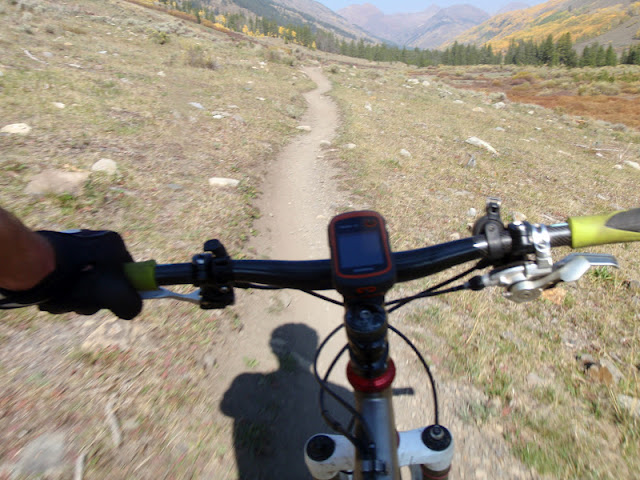 Leaving for the second lap was a hard choice as I knew I wasn't really racing, but rather out riding. The ego is a tough egg to crack sometimes. At the base of  Slate Du-Huez I made a deal with myself. The scenery was stunning, the Aspen leaves were peaking, and all I could think about was how the simple experience of being in an Aspen grove can make me smile from ear to ear. It really was that simple. I quit looking at my stem, expanded my world from the ache in my legs, took a big deep breath, and looked around. The deal I made with myself is that I would ride the rest of the route with a giant smile plastered on my face. If that smile ever started to fade to a grimace I would slow down until the smile returned.  Simple. 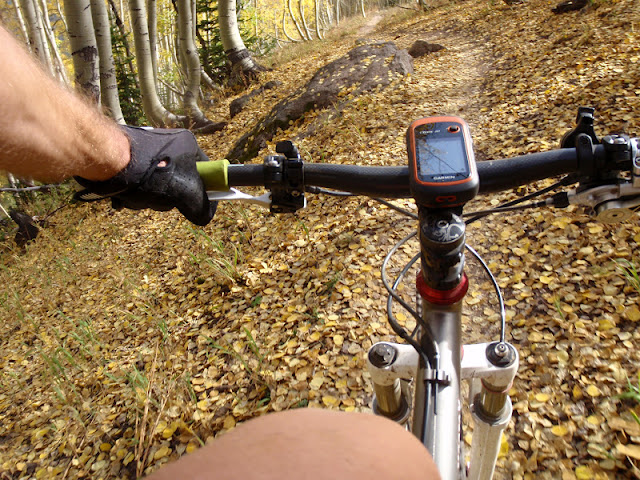 For the next ~60 miles I grinned from ear to ear and even let out whoops of joy as I carved through Aspen groves along a thin yellow ribbon. It was intoxicating.

For the past past 5 years I've ended the season with either 24 Hours of Moab or 24 Hour Nationals and put a lot of pressure on myself to perform well. That pressure took it's toll on myself, the enjoyment I took from a simple ride in the woods, and those close to me. It was a tough way to end each year. As much as I enjoy trying to ride as fast as my body and mind allows I need to take a step back and remember that I ride bikes because I love the feeling of floating along through the woods, not because I take home a paycheck.  The motivation needs to come from the feeling of riding not from standing on a podium. I can't think of a better way to end this seasons racing than to remember what it feels like to smile so hard for so long that your face is just as tired as your legs. All from the simple action of going for a ride in the woods.

liked this piece, a lot. May you continue to find the balance between pushing your limits and just enjoying a ride- mike

Floating through the woods is pure bliss, and that is why I ride - I need to remember not to worry so much about race results, the stresses of racing and all those things that can take the fun out of pedaling. Thanks! I stumbled upon your blog today - it was absolutely what I needed to be reminded of going into this summer.