Early last spring I signed up for the 40 in the Fort race in Fort Collins and at the time figured that racing single speed was a good plan. After a few pre-ride laps on the course it was pretty obvious that the course was a very technical one with plenty of climbing. Roughly 7,000 feet in a scant 40 miles.  Sure they were my backyard trails for several years, but dang, that's a lot of up for a short race. When the High Park fire started in June and shut down both parks West of Fort Collins the race date was moved to this past weekend so I made the trip back to town to race. 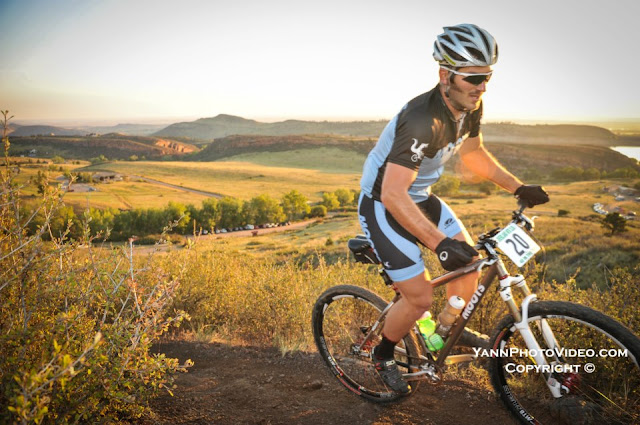 After the start I made it up to the top of the first climb in 5th position overall, however I've been really good at crashing lately so I was a bit hesitant descending and allowed a bit of a gap to form on the first descent not wanting to push things too hard until I got some confidence back. 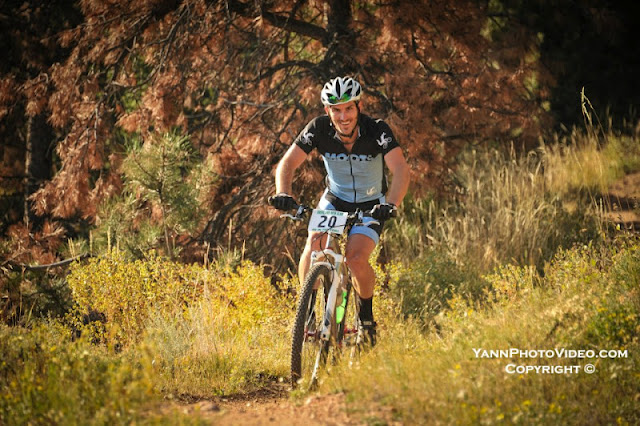 Once back to the valley I noticed that one of my water bottle cages was about ready to fall off. Not wanting to have to pick through the weeds looking for bolts if it came completely off I opted to stop and tighten it thus allowing a few more people past me. Once everything was tight again I chased hard and made up some good ground but also worked myself over as well. 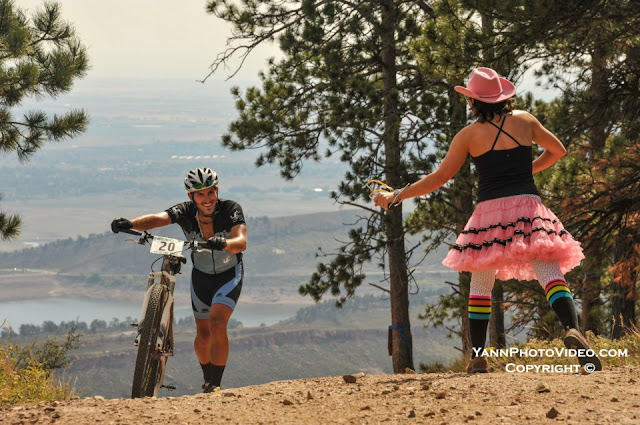 My very good friends Stacy and Dan had once again set up their renegade aid station, Bacon Hill, and were busy handing out bacon, doughnuts, bacon-doughnut sandwiches, and all sorts of other items you really don't crave at the top of a wicked steep climb. Racers would pass through their little slice of real estate 4 times total and would risk getting shot with a marshmallow out of a slingshot each time. 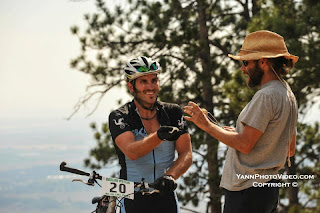 Even if I had refused the bacon, I'm fairly sure that Dan would of tackled me and forced it down my mouth so of course I took a few bacon handups. From about halfway through the first lap on I would pretty much ride alone and couldn't seem to make up any ground on those ahead of me. 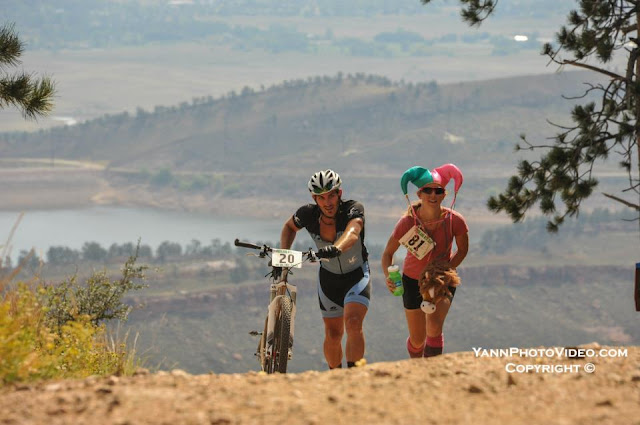 On my second lap I found Sarah helping out at the Bacon station as she was just having too much fun heckling racers. 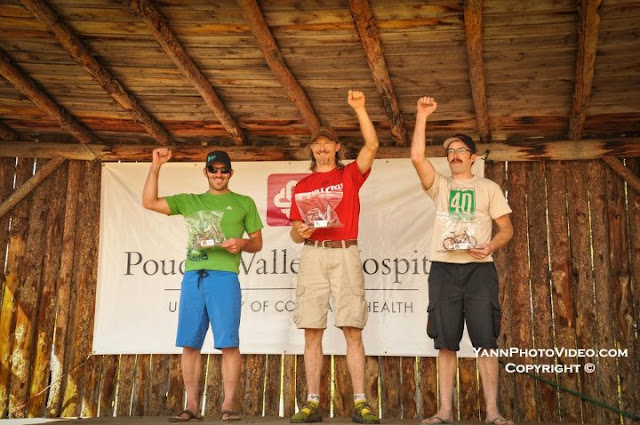 In the end I finished up 2nd overall in the SS class and someplace around the top 10 overall I believe. Big thanks to Overland Mountain Bike club for a great race and to Stacy and Dan for running what is perhaps the most amazing aid station ever!

Great pictures of the places you visited while doing your hobby. Mountain biking is one of my favorites sports too. I am not so sporty but in terms of biking I want to do it. Rain or shine the marathon will continue. You can last longer if you take up supplements for athletes.