Some more big hours today. I was out the door this morning with a bunch of cliff bars and 4 bottles strapped to my bike, on my way to Poudre Canyon. I had a goal of getting all the way to Cameron Pass, and it would prove to be quite an effort.

The lower sections of Poudre Canyon are basically a false flat and I quickly learned that my legs were pretty heavy after yesterdays ride. So I spun more and kept the exertion low. As the hours creeped by, my legs got heavier and heavier, but I kept plugging along. The closer to the pass I got, the steeper the road got, and colder the air became. At the top, some guy in his car told me it was in the low 40's!! All I had on was a jersey and shorts so I was getting pretty cold. However the worst part was coming back down....4o some degrees with a 40 mph windchill...jersey and shorts...cold!! I also had a headwind going up and coming down to make things just that much more interesting....just my luck. Anyway, I'm completely spent and ended up with a little over 8 hours of saddle time. 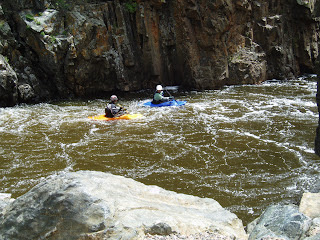 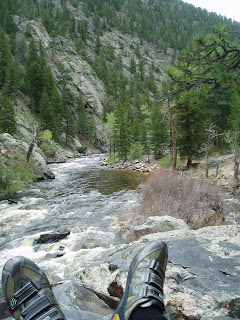 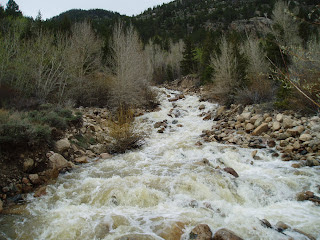 Lots and lots of side streams on the upper Poudre 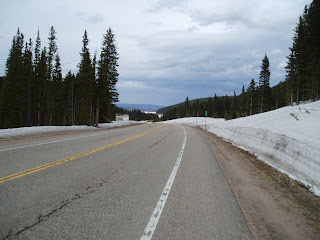 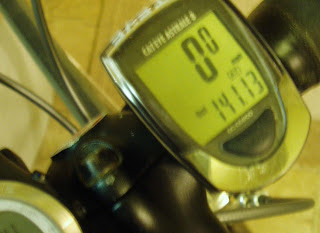 It was a pretty epic ride, however I'm too cooked to write much more. I'm going to bed!

Dude, you are ready for RAAM.

That is amazing. Great work Andrew.