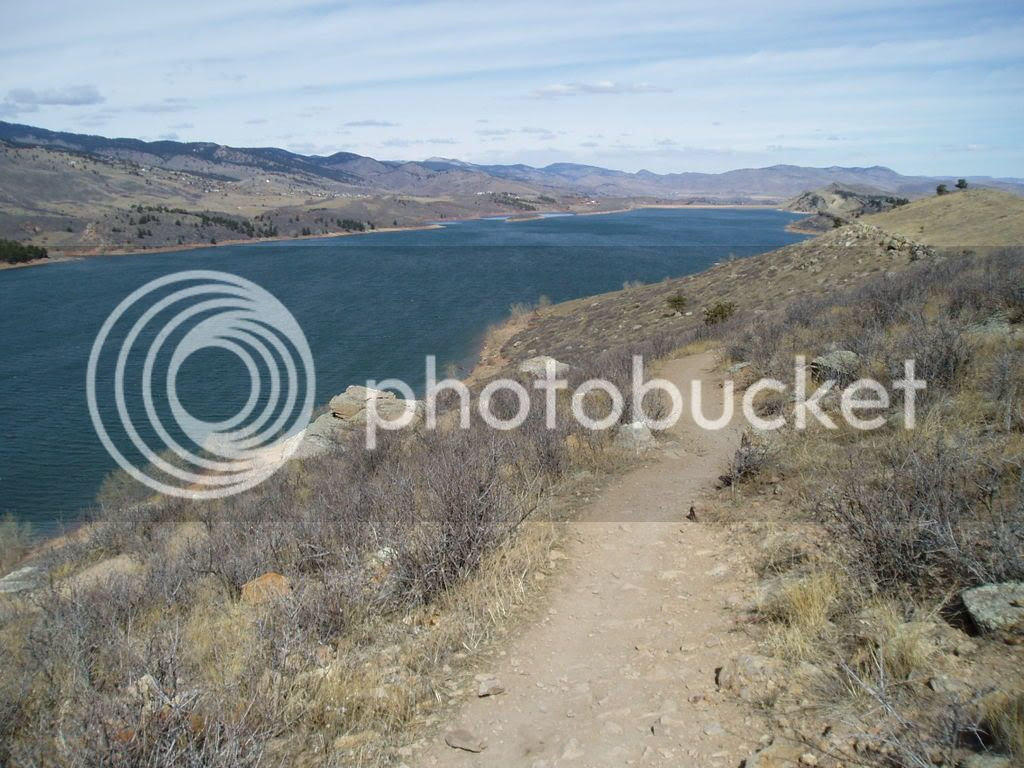 Started out on the Foothills trails, then to Lory SP, then to Horsetooth, then south on Blue Sky, and then hit up Coyote Ridge. This is where I had my first problem of the day, my Ipod crapped out. I know, I know....not that big of a deal, but when you're riding solo all day it's nice to have some distraction pumped into your ears. 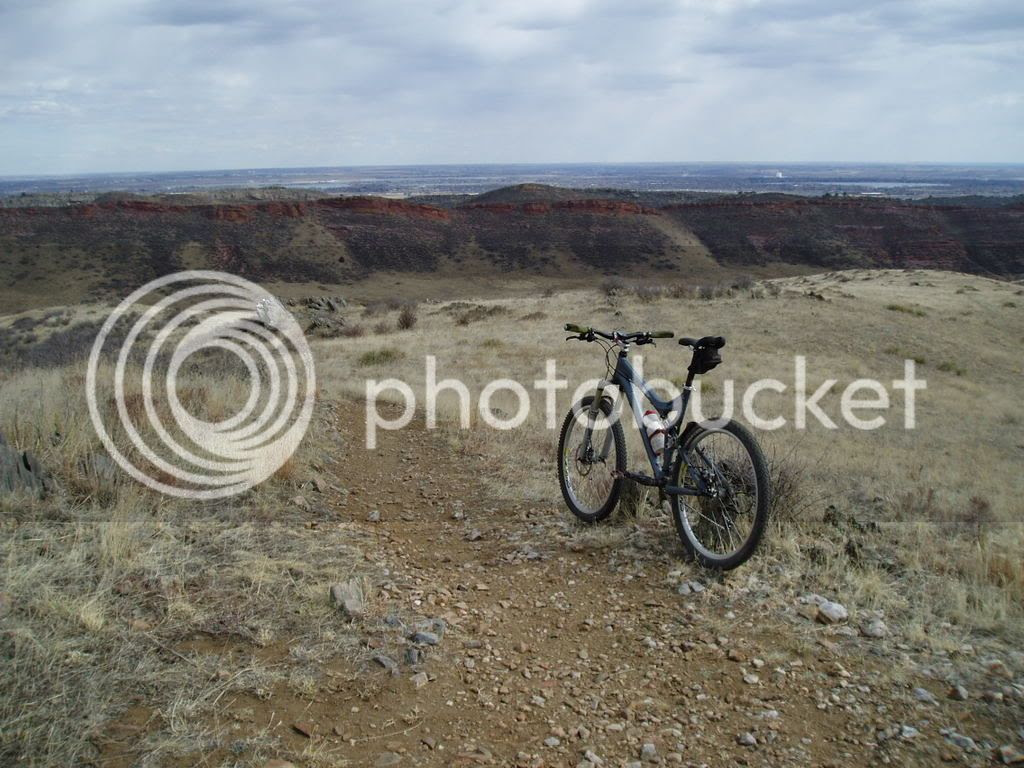 I then continued along blue sky to Indian sky and then to Loveland and back. 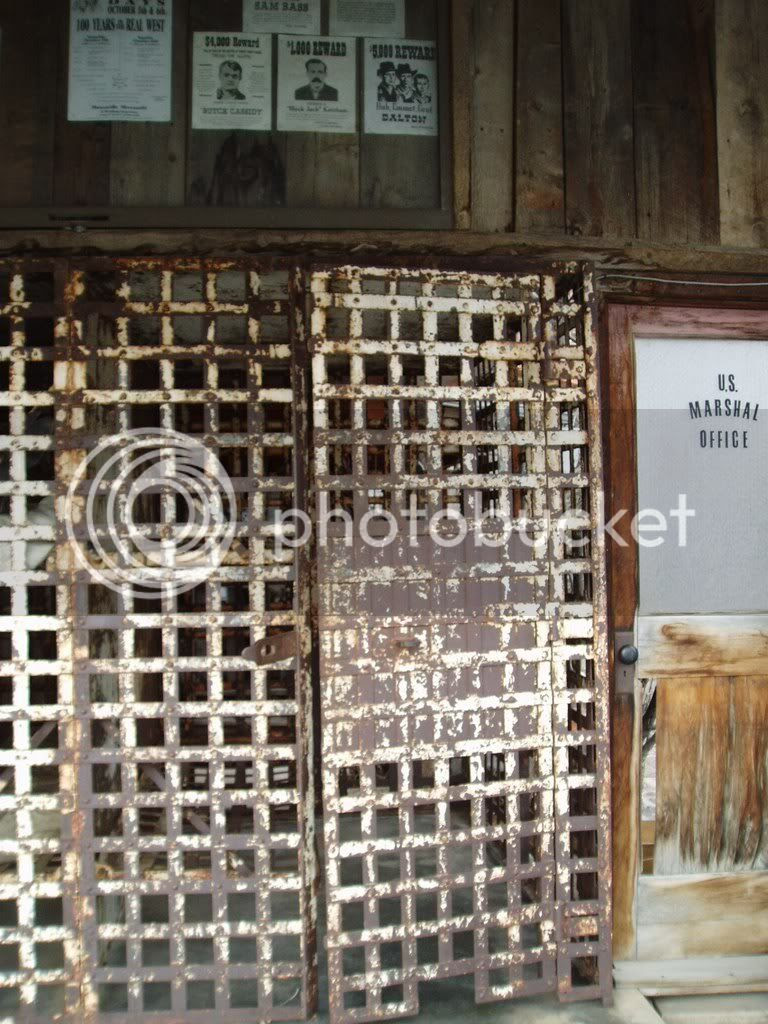 Then to Masonville and their crazy store. I bought a Coke from the guy in the store, who I think was also crazy. I crossed my fingers and hoped he wouldn't throw me in their jail. 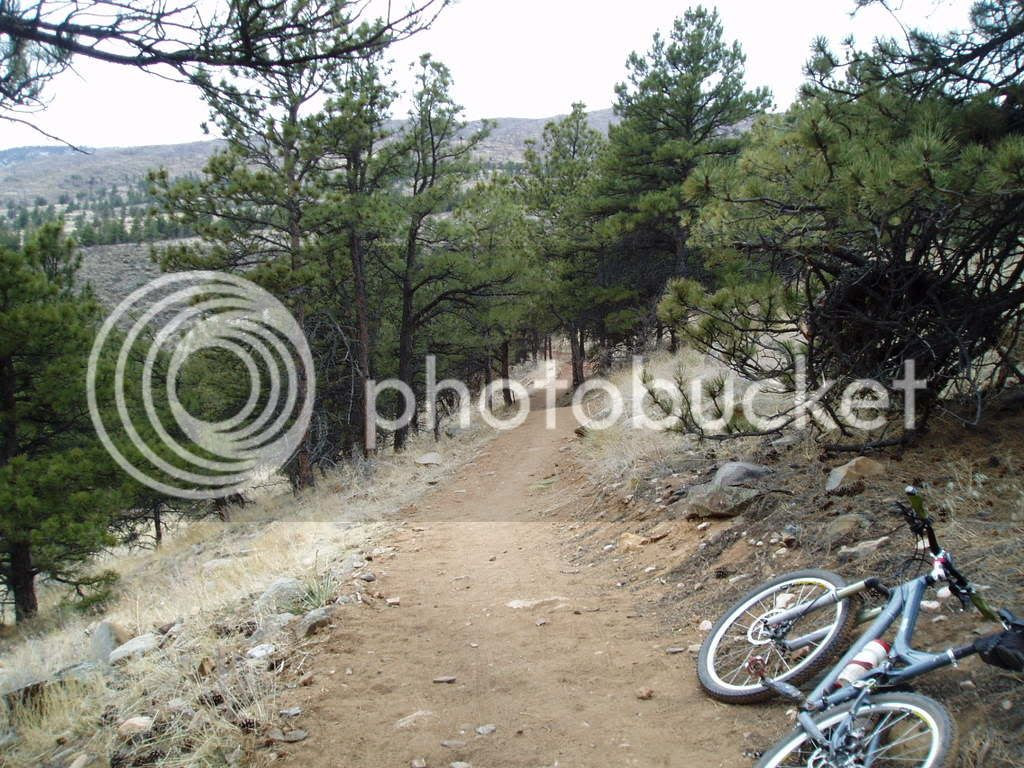 About 1.5 miles outside of Masonville I hit up the Bobcat Ridge area and rode low for awhile before heading up top. This area is pretty sweet, a fire in 2000 (I read all the little signs on every ride...it's a weakness I have) and a large part is full of charred tree stumps...pretty surreal area. 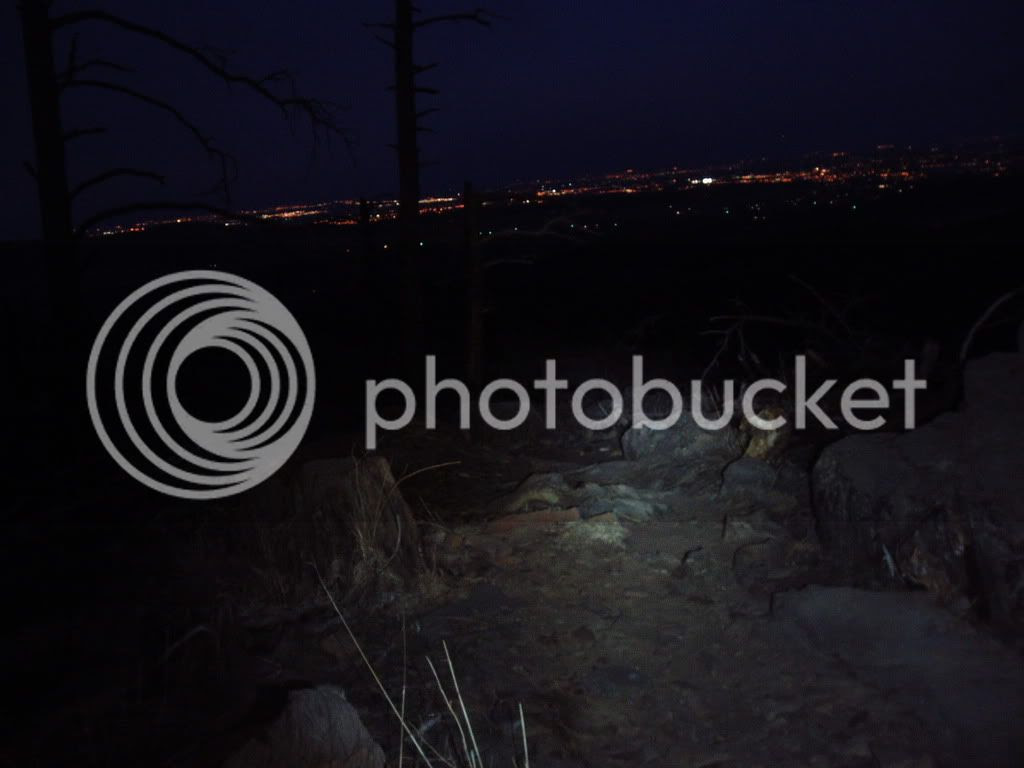 Ginny trail at night....Loveland in the distance

I got to the top at dark and threw on my lights. When I came over the ridge I was greeted by a big storm front barreling in from the west and before I knew it, the temp had dropped 20 degrees and it was snowing lightly....this could get bad! I started to descend the Ginny trail and things got interesting fast. Apparently in some other language "Ginny" roughly translates to: rocks, rocks, more rocks...sharp pointy rocks....and then some more rocks. Riding a trail I've never been on which is completely riddled with rocks at night in a light snow and rapidly dropping temps is a bit sketchy at times. To top it all off, burned trees at night illuminated by lights look extremely similar to bears....

I took a wrong turn at the bottom in the darkness and ended up adding a few miles before I got back to the trailhead....riding an unknown trail system at night with only a hand drawn map is fun!! Anyway, I rode back to Masonville and put on the rest of my thermal wear and a jacket to try and stay warm. The temp kept falling fast and after a full day of riding my body wasn't producing much heat...had to ride darn near flat out just to keep from shivering. Then on a downhill by the south end of Horsetooth park my rear tire blew out....what the crap?? I pulled off the side of the road and put in another tube. (sidenote...it takes approx. 1 billion pumps with my little pump to inflate a mtn tube to 35 psi) I hopped back on and about 50 ft later it blew again....ok Murphy, I've bout had enough of you and your stupid law!!! I put in my last tube and got it inflated just before my arms started to cramp. This tube took me a few more miles before it got super soft and I had to stop yet again....must have a small leak....crap. This time I was along the side of the reservoir about 4 miles from home. I took out the patch kit and with shivering fingers managed to get a patch on the tube that initially blew....as I was pumping it up the patch blew off.....it was cold enough that the pre-glued patch glue wasn't working that well. Now I had only 1 patch left.....I found the slow leak and patched it.....please hold....or I'll be hitchin home. I was freezing at this point and the shivering action may have helped me roughen the area with the sandpaper because it held. Riding trail for about 11 hours and then pumping up a bunch of tubes is a super good arm workout!! I pinned it into town in an attempt to get warm again and then about 2 blocks from my place I hit a pot hole and pinch flatted the rear since I didn't pump it all the way.....just wanted to get home. So I walked the rest of the way....took a warm shower, devoured a pizza and called it a day.

Felt better today and needed something to pick me up so I headed to the trials park in town and ended up having a fun session with some kid on a unicycle... another fun weekend on the bike!

Yeah, I would not want my first Ginny Trail experience to be at night. Pretty tech trail with lots of skin slicing rocks.

I'm looking for some redemption later this week...

email me...
kerkovej at gmail dot com
it's about the Rim Ride