After a fun filled day of keeping monster.com in business Dave and I headed out to check out the dirt jumps we discovered yesterday. They turned out to be pretty haggard, but the good part is they're only a block away from mi casa. Some people had just dug a number of lines into an old dirt pile....but hey....it's close. Ice in a few spots took away some cool lines, but we still found a sweet hip and some others with good potential onces the ice melts. Tomorrow, according to the bald weather mans dome of knowledge, the weather is going to be in the low 40's so I'm hoping to get in a good road ride and I'm also keeping my fingers crossed that the dirt jump park in Lory State Park will open up so we can go and session that in the afternoon....ah, the live of an unemployed bum. 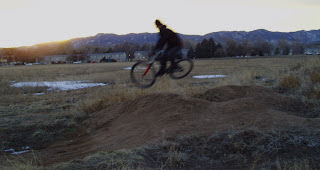 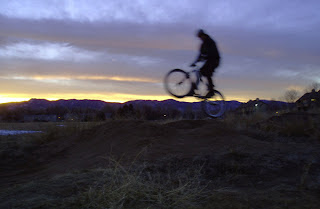 Me, once again, a new camera is needed 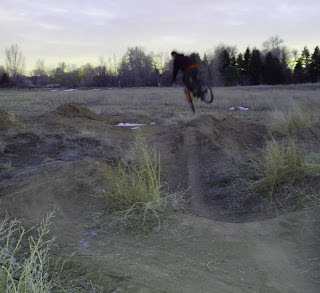 Get out and ride!!