On Saturday I headed down to Bailey for the Bailey Hundo which is a second year 100 mile event in Bailey, CO that is pretty rad as it supports three youth cycling initiatives in Colorado. The course itself has ~12,000 feet of climbing and some amazing singletrack riding in the Buffalo Creek area including some portions of the Colorado Trail. 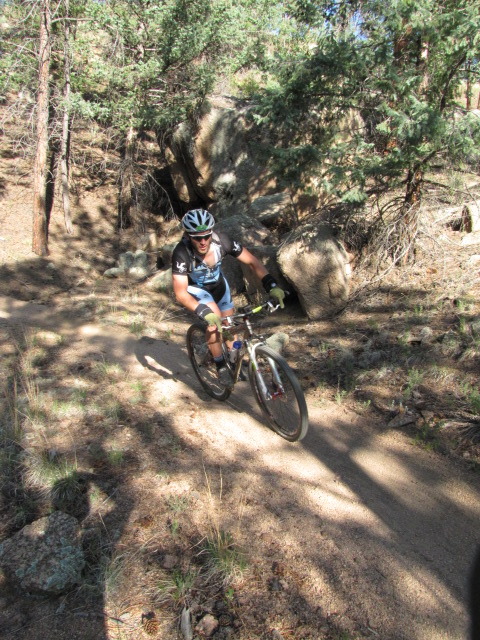 Photo Credit J. Elsasser.
Once the gun went off at 6 am sharp with twin shotgun blasts on main street Bailey, it was on and stayed a super close race all the way to the finish almost 8 hours later. For the first ~55 miles myself and several other single speeders basically tried to beat each other into the ground. If I remember correctly the group consisted of myself, Jeff Carter, Shawn Gregory, and Brian Stevenson. However, towards the end of the last singletrack section (the last ~45 miles were on roads) I played the smart card and backed off the pace, let a gap of about a minute form, and let the other single speeders work each other over while keeping them in sight. When they stopped to access their drop bags at the 60 mile mark, I spun on past. My fueling strategy was simple, start with everything on board, grab bottles when needed from the aids, but always keep the wheels turning. The K.I.S.S (keep it simple stupid) strategy in action!! 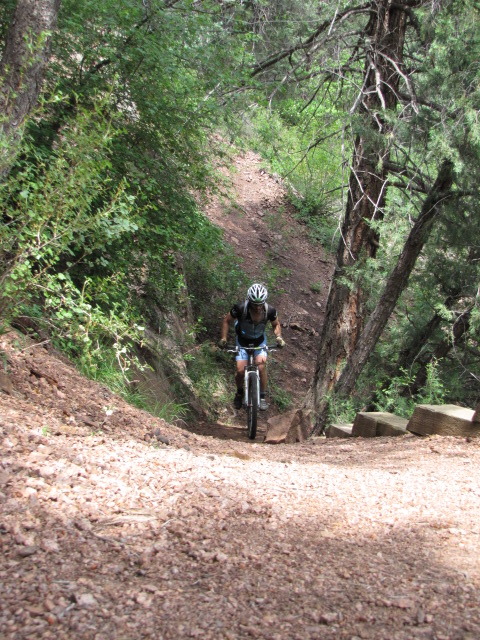 Photo Credit J. Elsasser.
The second half of the race may be on roads (both dirt and some pavement), but the miles were far from easy. Several big climbs lurked in the final 20 miles including a ~2,000 foot climb up and over Stony Pass. I stayed on the gas and tried to hold my gap over the chasers. I also passed a bunch of geared riders on the final climbs, which is actually quite amazing since on a geared bike I'm anything but a climber but when on a SS you don't have a choice but to keep givin' er up the steep pitches! 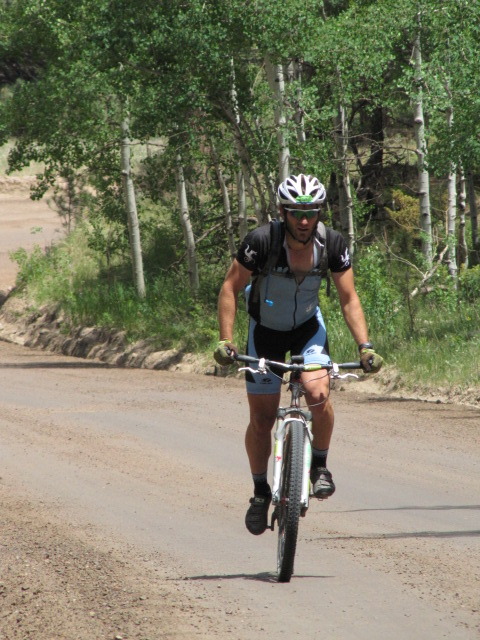 Photo Credit J. Elsasser.
As I neared the final climb of the day which was maybe ~10 minutes long I saw another rider ahead of me and figured I might as well empty what I had left in the tank and give chase. About halfway up the climb I noticed that the rider wasn't sitting down which can mean only one thing on a climb like that....single speeder!  Crap, that means this is really going to hurt. Basically I threw everything I had left into the last climb and caught the rider, who turned out to be Mark Thompson and fellow BWR rider, only about 10 yards from the top. I made the pass, eeked out a "Hey Mark" which isn't easy with a HR around 190, and held on for dear life down the final half mile descent to the finish. I crossed the line as the first official single speeder (23rd overall) in 7:54:18, a scant 54 seconds ahead of 2nd place (Mark Thompson) and only 4 minutes ahead of 3rd place (Jeff Carter). All in all, it was an amazing day to race, the trails were top notch, and the close competition made it all the more memorable. Days like that are what we chase year round! 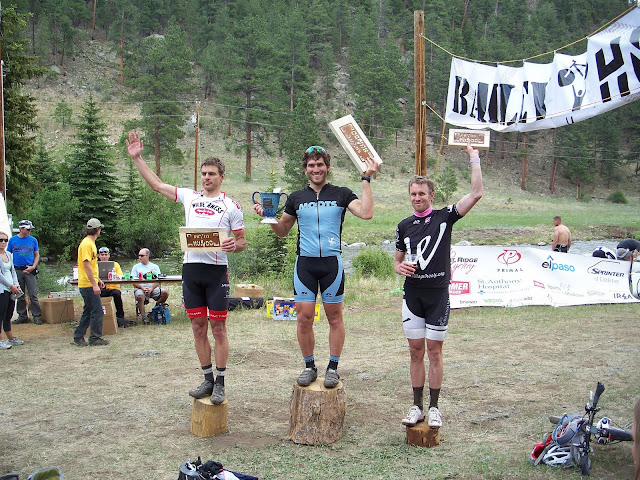 Thanks to Heath Garvey for the picture!

Now if I could only figure out how to not look like a goober on the podium!