For those of you who don't already know, I'm dating a badass lady named Sarah. Before we knew each other she would regularly make girls all over the world (and even guys from time to time) cry when she would sprint away from them with a smile on her face. Proof: 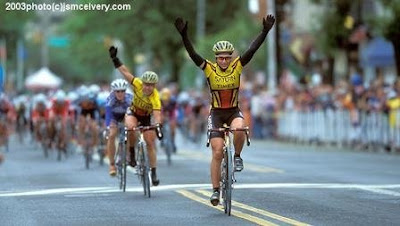 For 10 years she was a trackie to the roadies and a roadie to the trackies while wearing silly aero helmets, shoe covers, and rubber track suits... 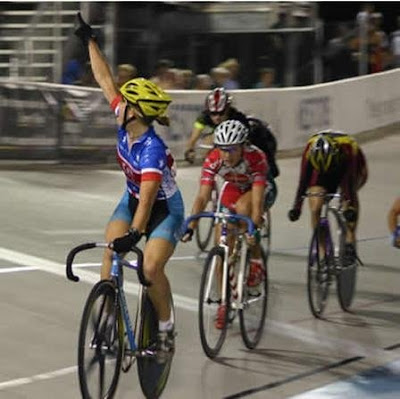 Yes, she has a large collection of jerseys with stars and stripes on them and even one with a rainbow. See, I told  you she's a badass... 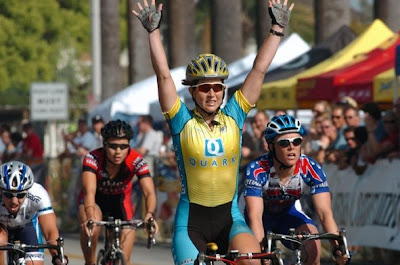 Anyway, bragging about my girlfriend aside, 3 years ago she stepped out of the professional ranks and now has a "real job" at New Belgium Brewing. I say real job with hesitation because working for New Belgium is like working in a magical fairy tale land of make believe and smiles (and beer).  Since ditching the skinny tires and coming to her senses that riding singletrack is far better than a velodrome she has wanted to do some sort of mountain bike event. Over this past winter she got interested in the Breck Epic which is hosting a blog contest where the winners receive a free entry in exchange for writing about their run-up to, as well as, the event itself. A plan was hatched, she wanted in, and so she entered the bloggers contest for a free spot, which is where this post comes in. She needs votes.

So if you have a free minute, head on over to Facebook (yes, it's on FB and you have to be a member to vote) and vote for Sarah here. Also be sure to check out her application under the discussion page here. If she gets in, I promise she'll entertain everyone with her write-ups about both her version of "training" for as well as racing the Breck Epic.
Vote HERE.
(Just select the bubble next to her name near the bottom and then click "Vote, Foo.)


Read her application here.
Read her blog here.
More info on the Breck Epic here.
Besides, who doesn't want to see an ex-roadie and trackie flail around on singletrack at 12K? Also, I've already broken the news to her that there are no support vehicles in this event, so she can't send a minion back to get a jacket if she's cold or a coke if she's thirsty!