A part of me knew what I was in for as Chuck, Estzer, and I drove to Moab Friday afternoon and stared at a giant dark cloud covering most of what we were hoping to ride that night. "It'll clear" we all said. "It'll be fine", it doesn't matter that it's pouring down rain at 10 pm, by the time we leave, it'll be fine.  After a quick assessment of rain gear and warm clothes we were out the door just before midnight and even though the rain had passed, on some level, we knew what we were in for.

The first climb out of town was fine. The road was a bit sticky but not bad. Maybe this would be fine after-all?  Near the top, just below the loop road, things started to hit the fan. The mud got so sticky that wheels stopped turning, chains stopped moving, and original goals got thrown out the window. 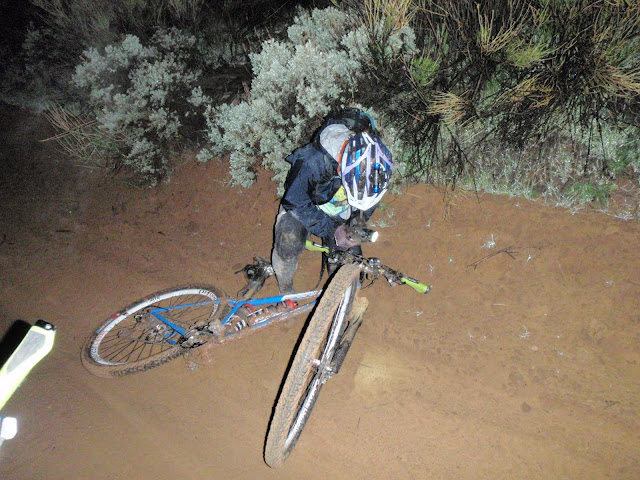 The next few hours consisted of being soaked inside and out by rain/sweat, surfing on some snot slick mud, chains that wouldn't move, wheels that wouldn't turn, and fog that at times limited visibility to 10 feet which can be a tad sketchy when descending at 30 on a rutted out muddy road. 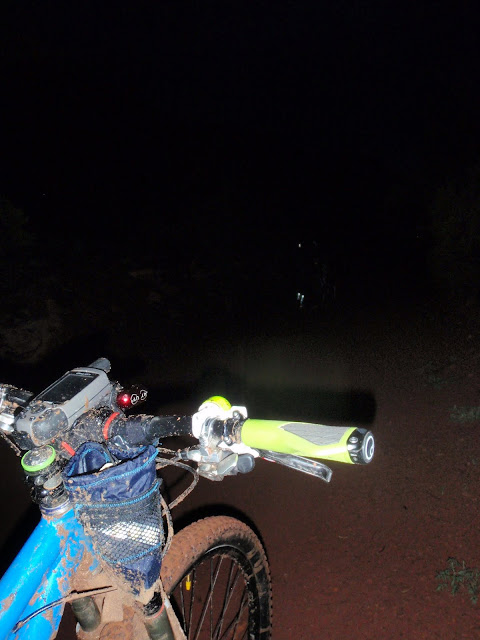 Sometime just before sunrise, as hints of light were poking through the clouds, I was having fun finally. The shivering and cold hands didn't matter, I was right where I wanted to be. Those few hours of complete bliss amidst the suffering are what I chase all year. 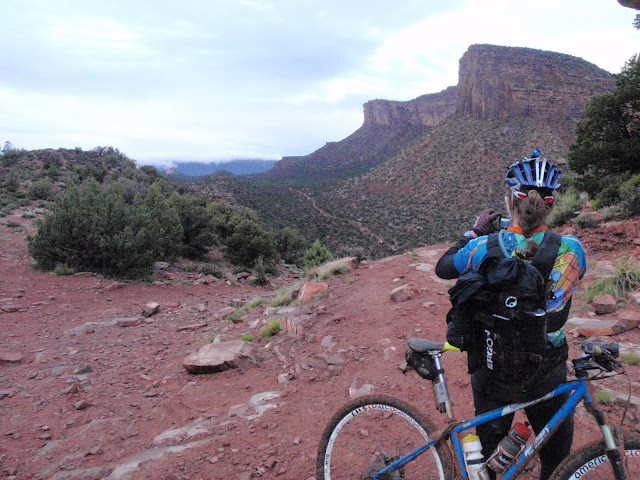 As things started to warm up a bit and I dried out we kept plodding along. We both had come to the same conclusion that riding within a few minutes of each other was by far better than suffering along in the muck. I had a fresh set of tunes on my Ipod, however I chose the silence of the canyons and the crunching of my chain as the soundtrack to my suffering. 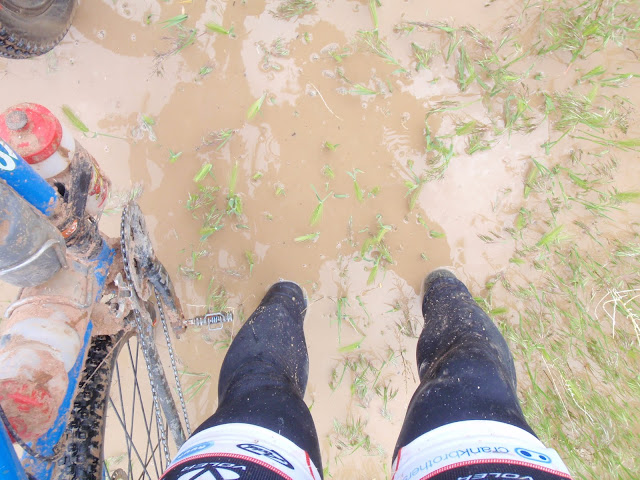 Yellowjacket was dry, which gave us hope that things were improving, but before too long, the evidence of the nights rain began to creep back in to our little world of slow moving progress. 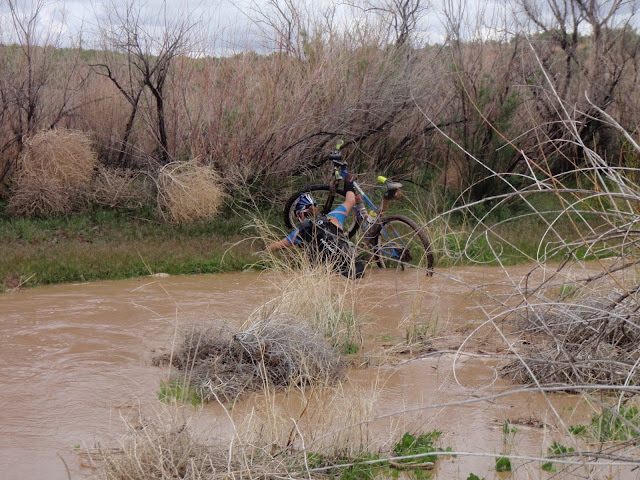 Estzer decided the easiest way to clean her drivetrain was to go for a swim. 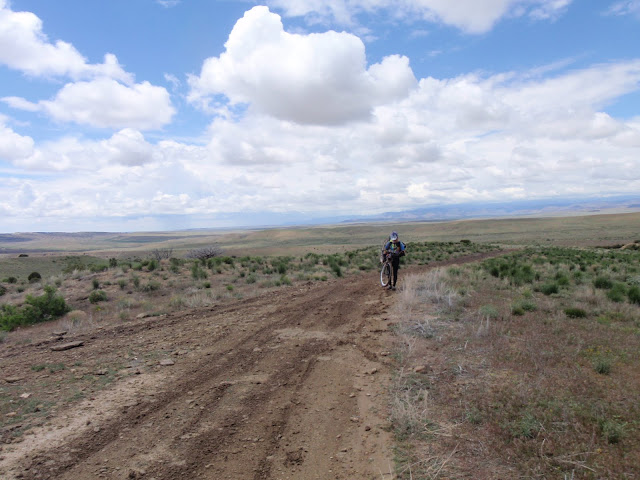 More carry-a-bikes followed as Rabbit Valley slowly creeped onto the horizon. Once in Rabbit Valley I perked up and Estzer cracked. I picked up the pace for a brief few miles, however the hike out of Salt Creek nearly did me in. I had been so excited to get it over with I had neglected to eat much. I knew that when I started to ask the trees how many miles it was to the end that I should stop to eat something.
I rolled to the car in 17:40 something and Estzer followed maybe 20 min later with Jason, (the only other finisher) a few minutes behind her. There were a thousand reasons we should of stopped and threw in the towel, however the three of us suffering together for 18 hours is something I won't soon forget.

nice work and by all means, get out there to enjoy more parts of it sometime soon ;-)

thanks for the write up and the inspiration! and the PIX! i'm so glad you took pix!

Wow! That creek crossing pic is nutty! Where is that?

What a trip Koko gave you guys. Amazing finish!

The creek crossing is actually just west of Westwater. It's a small drainage but was running full and fast when we got there. I found a way across that was only Chamois deep but Ez wanted a swim apparently. :)

Yeah, sure..... blame the muddy water for your brown chamois.

Awesome work there amigo. Even with dirty drawers!

I just wanted to cross at the narrowest part. Now basic fluid dynamics tells us that if we treat water as an incompressible fluid, if the creek is narrower, it will also be deeper.

Things I did not consider 13 hours into the adventure.

I stubbed my toe, I thought it hurt. Then I read this and it didn't seem so bad.

Anyways, nice work and keep posting! I'm living a life of adventure vicariously through you these days...

EZ - not to correct your fluid dynamics or anything but according to bernoulli's equation the depth may increase as the width narrows, however that is assuming constant velocity. We both know however that it was both deeper AND faster there! :)