Last week, the original plans of going to Utah for 3 days of Camp Lynda were canceled due to rain. So, being the industrious folks that we are, myself and the partner in crime, drew up a 4 day plan as a replacement. Who takes vacation days and then stays at home anyway? We packed the car with 2 bikes, climbing gear, skate skis, a few maps, and bolted out of town on Thursday. 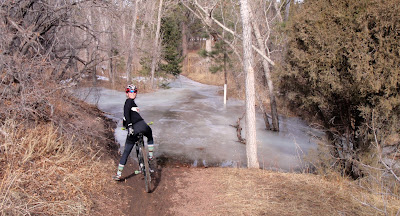 The first stop was the Springs where we pounded out some miles on dirt. Slightly frozen and damp dirt, but hey, it was still dirt. 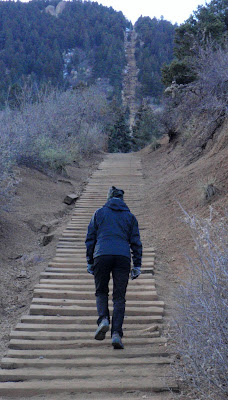 Next up was a "leisurely" hike up the incline.... 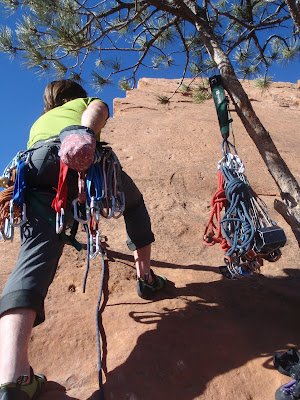 The next morning we left the bikes on the car (for a few hours anyway) and got some climbing in. 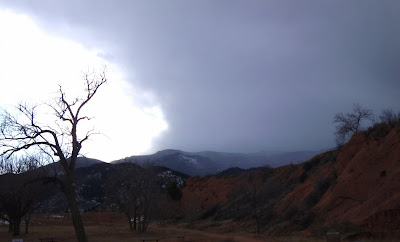 The day started out nice and for awhile we were climbing in t-shirts. Then, within the span of a single climb, a front moved in and I was all of a sudden climbing in a snowstorm. Strange little styrofoam like snowflakes were falling down the rock like a waterfall which made things a bit interesting. However, true to form, an hour later it had blown over and we squeezed in a nice ride before darkness swallowed us. 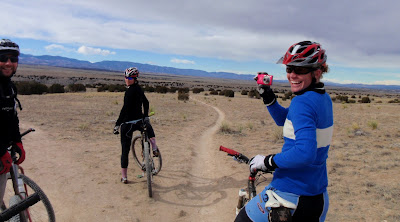 Saturday morning we drove down to Pueblo (yes on purpose) to meet up with JJ and Steve and ride the big (50 miles) singletrack system they have. It was windy but quite warm, and best of all, the dirt was DRY. The trail consists of lots of loops, some big, some small, but all fun. 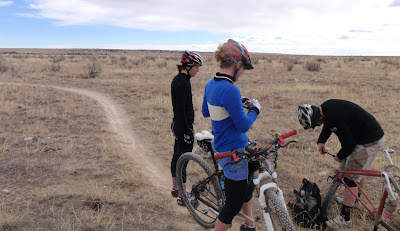 Well, fun until someone flats out in the open and in the wind. Never fear though, Jenny brought blueberry pancakes....no really she did. 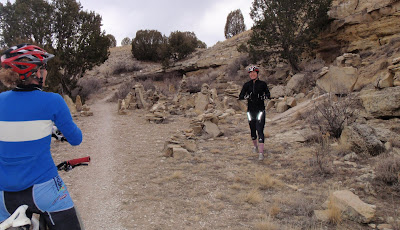 Hours ticked by and the trails just got better and better.

But, January fitness is only so big and we called it a day mid afternoon and headed off to the next spot.

Next up we headed to some hot springs to soak and relax.

Sunday, we got in some good skate skiing in Leadville. If you're ever looking for a gut check of your fitness level, go skate skiing at 10,000 ft and ski up some big climbs. We cracked hard.

A big mug of hot chocolate later we are back home.
Only 5 more days till next weekend.

way to really crack it!

Can't wait til next time!