Playing in the snow

Well, I apologize for the lack of writing as of late, but to be completely honest, I just haven't felt like it. The brother and I had a successful trip out to Colorado and got in a few days of good skiing at Crested Butte through their free lift ticket deal. Also, I didn't know it until we got there, but they have the most lift served double black diamond terrain anywhere in North America! Being that it's was still early season, they didn't have much for terrain parks (the superpipe was still being built). However we did ski tons and tons of trees and powder to make up for it. After that we headed over to Salida and had an original goal of climbing 4 14ers in 3 days. Our plan was to do Shavano and Tabaquche in one day by doing a ridge traverse and then work our way north to Leadville doing two on the way. However those plans were tossed out the window when on the first day we post-holed through waist to chest deep snow for 7 hours only to gain about 3000 ft of a 5000+ ft climb. So because it was so late in the day, we turned back and cursed the whole way down. The next day Stephen got super sick and had a fever so we sprung for the cheapest hotel in town and he slept while I watched bad daytime tv and took a shower (until that point we had been sleeping in the back of our car at night, however after a week or so I'm sure we smelled pretty bad). The following day we finally got up to the summit of Shavano after a 12 hour climb. We then started to work our way home after meeting a friend in Denver and checking out some more apartments in Fort Collins for myself. Sorry for the brief overview, but like I said, I just haven't been in the mood. Here's a few pictures, after all, they are worth 1,000 words apiece right? 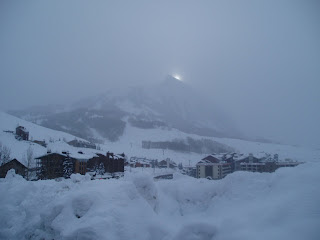 Crested Butte at sunrise...from the dark parking lot where we parked and slept anyway 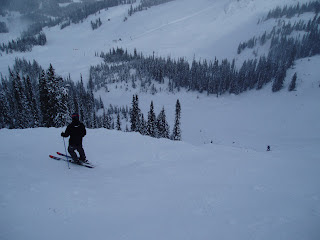 At the top of the Headwall (double black goodness) 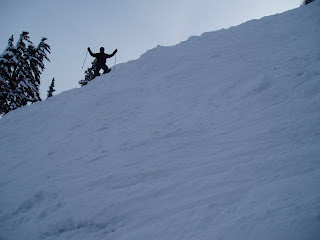 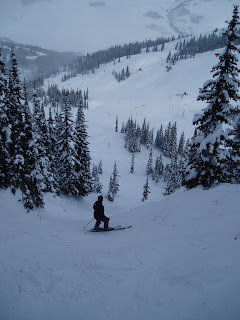 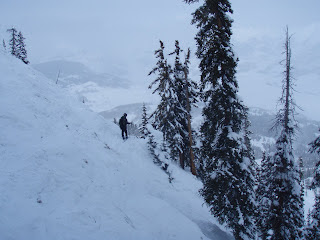 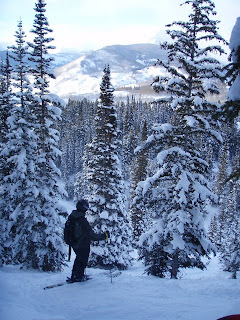 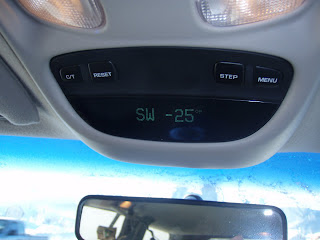 Ever wake up to this kinda cold while sleeping in the back of a car?? 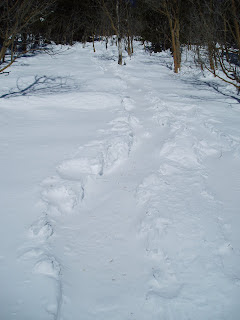 The second time up Shavano, you can see our snowplow track from two days prior....waist deep snow ain't all it's cracked up to be! 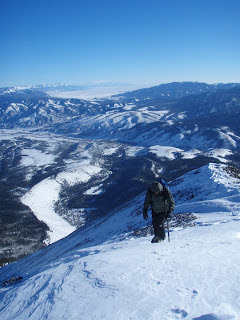 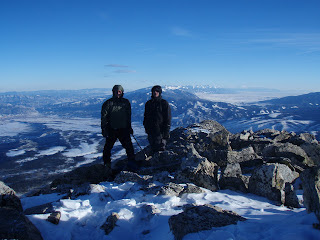 That's about it I guess. X-mas is over and I'm still planning on moving out to Colorado mid January. However, don't quote me on that....I don't have a place yet any my plans have been changing alot the last few months. Peace Out!

Sometimes these trips are more fun after you get back home and remember misery of it all!

Good stuff. Hope to have in my hands late next week a brand new spank'n pair of MSR snowshoes. My luck....snow will melt. Supposed to be near the mid-50's here next week!

you have to move to colorado.. i've already planned 10 road trips over the next 3 years to visit!! i get my new steed in 2.5 months!! shit yea. i hit the only "mountain" in the midwest a couple weeks ago up north...not too bad. hope everything turns out for you bro! peace