So only a short 365 days ago, my brother and I ran into the Atlantic ocean, thus ending 7 weeks of pain, suffering, near heat stroke, and lots of great memories. All told we rode 3,775 miles on the dot. The last week was rather interesting as we rode through coal mining country in West Virginia, some really cool back roads in Virginia, got a free pancake breakfast in Hinton WV from some really nice people, slept in some really random places...including sleeping behind a senior center which was behind a church which was behind an elementary school...man did we feel safe!! We also got lost for the only time on the whole trip, and as it turned out we were on a road that wasn't even on our map and it turned out to be a shortcut in the end!! We also got pulled over by two cops....within 1/4 of each other and kicked off a nice divided highway with little traffic and GIGANTIC shoulders and then told we could only ride on the business route which was 2 lanes, riddled with stoplights, heavy traffic and no shoulders....we were a little ticked at that whole thing. Our bikes were in dire need of some lovin as we were both riding on tires that should of been replaces several hundred miles ago.

However, our last night on the road was one of the best as it turned out. We pulled into Ivor Virginia and found a nice city park for the night, however when we talked to a local he said we might have some problems sleeping there because of the town cops and kids that liked to hang in the park late at night. So we then found a baptist church just as bible school was letting, found the pastor and asked him if it would be alright if we borrowed a patch of grass for the night to sleep on in the back of the church. He said "well, I cant let you sleep there, but you can come next door to my house and use my backyard"...SCORE!! So our last night we had a yard light to use instead of our usual little head lamps, a power outlet....and even a brand new pool that he insisted we use. We were camping in style that night, and the pool felt amazing compared to our nightly water bottle over the head showers we were so used to. 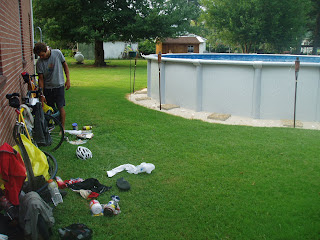 Our camp the last night....basically a Hilton in our minds

The last day we had about a 75 mile ride into and through Virginia Beach. We had to battle lots of traffic, two broken spokes, and a flat tire. It was as if the bike gods were throwing everything they had left at us...but we didn't care, we were so close and if we had to walk the rest and finish at 3 AM we would have. Our maps were not the best and we had to stop and ask directions several times as we had to find some toll bridges that we could cross instead of the highway bridges. We were so used to riding in heavy traffic at that point that the rush hour didn't even bother us. After one last slushie stop, which had been the highlight of our days for so many weeks we saddled up and kept heading east. Then all at once we saw a 40 foot tall statue of Poseidon and beyond that was the beach and sweet success. We rode through all the people on the boardwalk as they stood and stared at us wondering what these dirty and beat up bikers were doing. We were then within 500 feet of the beach and we waisted no time dragging out trusty steeds and trailers to the surf. We had made it. After a few second pause we jumped into the ocean with all of our clothes on........WE'RE DONE!! It almost didn't seem like it was all over. So we just sat there for quite awhile thinking back over all the miles we had just ridden. After a bit a younger couple came up and asked what we were doing, we gave our usual story of the trip and asked if they would take a picture of us. 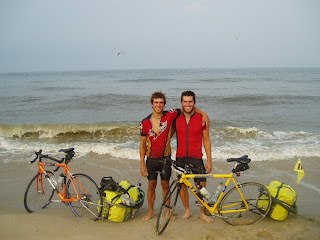 So many memories, hardships, ups and downs from the time we had dipped our rear wheels in the the ocean on the Oregon coast until that moment. Way too much to say here. A HUGE thanks to all the friends and family who helped us along they way. Thanks to Mom and Dad for coming to see us along the way and bringing us some much needed supplies, Thanks to Tam for always being willing to give us some remote Map Quest directions when we needed to find a bike shop, or anything else. We never would of made it without everybody's help!!

After a trip/experience of that magnitude your manor of thinking is forever changed. Getting up each morning and not knowing what lies ahead or where you will lay down that night is a fun way to live for awhile, but it gets old before too long. Sure we had our bad days, but for the most part everyone we met across the county was very nice and very interested in what we were doing. Many many people said "oh I which I could do something like that". We always said, and still do say...."so do it". You may not ride across the country, but get out the door and see the country on a bike. On a bike, you are in the landscape and feel the landscape in a way you can't even come close to in a car. From the time we left to the time we finished I believe that we both changed quite a bit, you have to in order to survive that long and still have a smile on your face. As much fun as it was, we both felt glad to be done. Who knows, I may ride across the country again some day, may ride up to Alaska....who knows, but nothing will ever come close to the experience of doing it the first time with your brother.

Like I said, there are WAY too many stories to tell here so if you ever want to hear some don't be afraid to ask!! Hey, you could even do it yourself and make your own memories!! 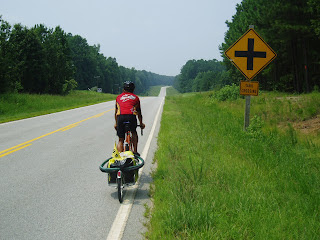 One pic that makes me laugh, we rode through a military base that had a sign saying that at any time there might be artillery shells firing over the road.....what?? 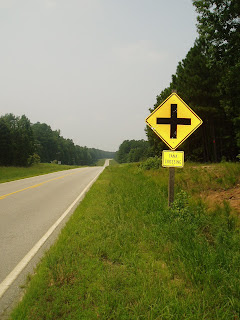 Here is a close up of the sigh in the previous picture. It still doesn't show up too well, but it is a "Tank Crossing" sign....gotta love it 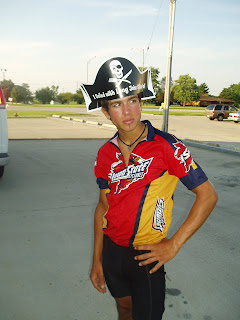 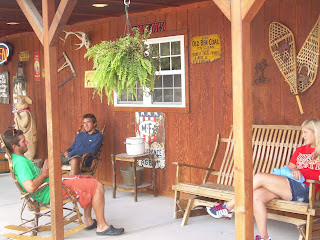 My roomate Dave and Meg came to see us....just chillin in some town 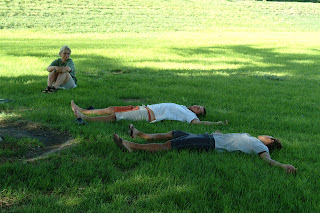 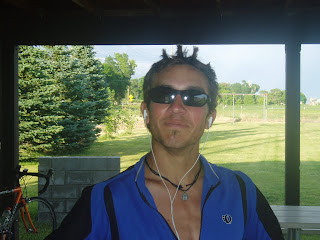 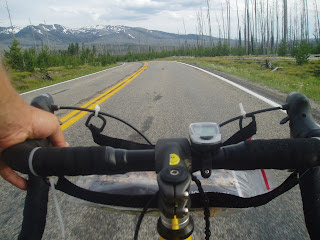 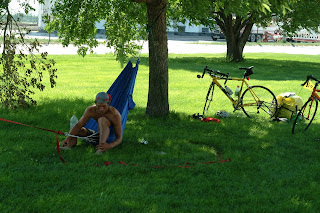 A hammock is a must have on any trip 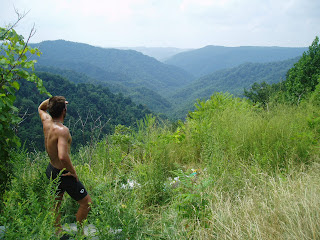 Just look at the view!!

Once again, thanks to everyone who made the trip a success. It was an adventure to say the least. You learn a whole other level of suffering that you can't imagine until you ride like that day in and day out.

Some Stats....as I remember anyway

How much training did ypu before this ride? Also, did you get your trailer/camping gear worked out ahead of time, or just work it out as you went?

We did a fair amount of training, it's mostly just time in the saddle you have to get used to. Somewhere around 6 hours a day it ended up being.

As for camping stuff, we had most of it before the trip just because we camp a lot. We ended up sending some things home that we didn't need, but other than that we had it all sorted out at the start.

not quite what I am seeking