This story begins 7 years ago on a cross country bike trip with my brother. We departed from the left coast with no real set route and essentially headed east every day for 7 weeks. It was pure and simple magic. After passing through Yellowstone National Park we hung a right and headed South into Grand Teton Park. In a effort to skirt paying for camping in the park, we headed down a gravel road through a thick cloud of mosquitoes in search of a camping spot a ranger had told us about earlier that day. Before long as we were cruising down washboards on road bikes with trailers we crossed paths with a fine French fella on a mountain bike who told us he was touring the Great Divide Route. Our two routes literally only overlapped for a mile or two so it was dumb luck that we even saw each other. However, it was the first time I had heard of the route and instantly I wanted to tour it. We didn't talk long due to an obscene amount of especially vicious mosquitoes, however the seed had been planted.

Not long after, I heard of the race that was held on the route and being a bike racer of the endurance persuasion I instantly wanted to race it. Each fall since then my thoughts would wander to touring and each fall I played with the idea of racing the divide. However, I knew that I didn't have the mental tenacity to keep it together for nearly 3 weeks of long and most likely solo days. Maybe it was an excuse I came up with inside my own head, maybe not. Regardless, last fall when my thoughts drifted to racing the divide as they typically did, something was different. The stars had aligned and I knew it was time to saddle up and give it a shot. 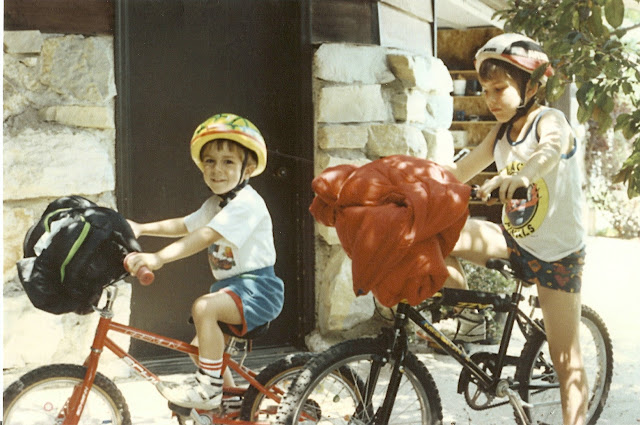 A sign of things to come for the young Carney brothers?

It's a tradition for divide racers to craft a letter of intent as part of their entry into the race, so here is my promise to myself as I attempt to ride the spine of the continent next month as fast as my body and mind will allow. I promise to take it all in. I promise to ride hard each day and smile as much as humanly possible. I promise to not spend my time looking at the glass half full or half empty, but rather take in all the little things, the big views, the big miles, the new places and new people until my glass overflows.  I promise to live solely in the moment and to let absolutely everything soak in, the good weather, the bad weather, the sunrises and sunsets, the new places, the aches and pains, the places I'll go inside my own head, and all the magic and lessons that spending 2,700 miles living on a bike has to offer. 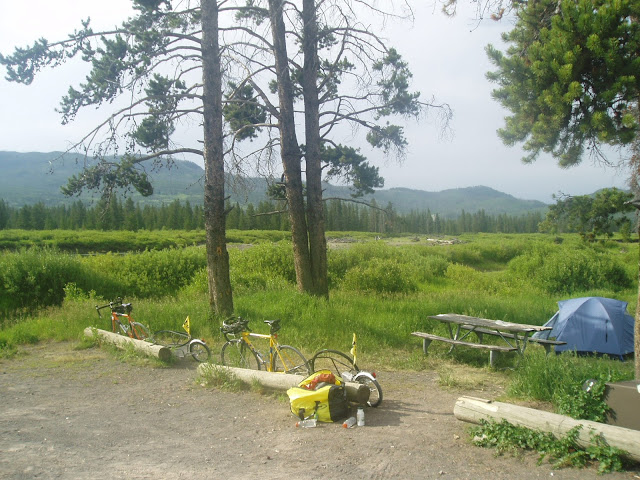 The campsite where the idea started.

I promise to not come back the same person that started in Banff. After all, if I accomplish my goals on the route, how could I? Each day is a opportunity to either improve yourself as a human or to stagnate. There is no staying the same if you pay attention to life. So, here's to big miles, big smiles, and what I'm positive will be one hell of an adventure!


Excited does not even begin to capture how I'm feeling!

You are brave. Love the letter of intent. This is where all good things begin, even though there is no way to even start imagining what they will "actually" look like. May the beautywild be with you!!

So proud And Excited and happy for you living your dream.

Way to go nephew...enjoy every moment