Lory racin' and the Steamboat Stinger

With the either cancellation or postponement of all the events I had planned for July due to fires, rain, etc, it has been a pretty quiet 2 months on the riding and racing front. However, I've been plenty busy finishing up a EMT class for work this winter and moving out to Carbondale to join Sarah and her new job. So far, I've just began to scratch the surface of the riding in the Aspen Valley, but from what I've seen, this is going to be a rad place to live!

Last week the local Lory State Park XC races started up in Fort Collins and I was able to squeeze in a Tuesday night race between finishing class and moving. As was to be expected, it was a sweet race with plenty of good competition. One of the big things I'm going to miss about Fort Collins is the tight knit cycling community. 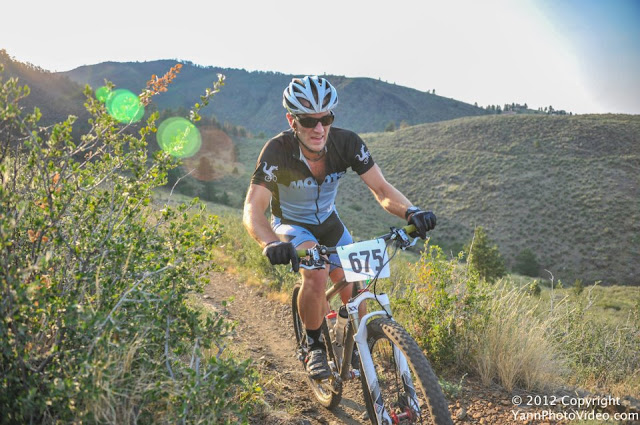 After a marathon day of moving everything I own out of storage and moving it under the same roof as I'll be for the first time since last November Sarah and I made it up to Steamboat to race as a Duo team in the Steamboat Stinger 50 miler. 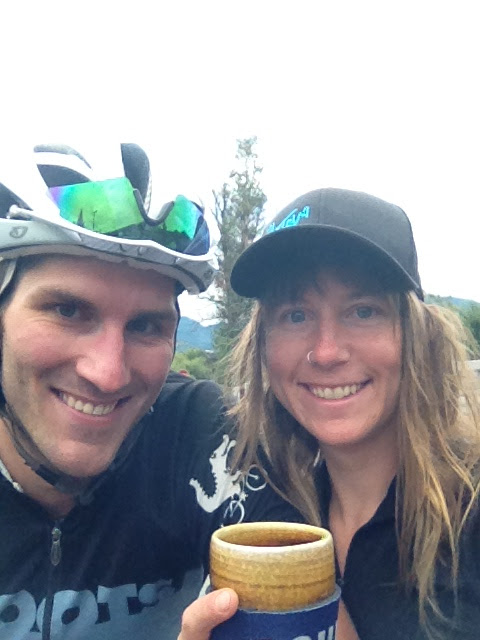 One guess who is racing the first lap.

The course was a two lap format so Sarah and I would each do one. Not wanting to have to resort to her old trackie ways and throw elbows and curses out in the start traffic Sarah called dibs on the second lap so while I was standing on the start line wondering if the rain would come or go Sarah got to stand around and drink another cup of coffee.

On my lap it started to rain about 45 min in, however it was a fairly warm rain for not even being 9 am and the moisture actually made the trails quite amazing. I ended up following a local guy who knew the trails down the backside of Emerald Mountain on the ridge trail and the combination of hero dirt and a fast wheel to follow was amazing. 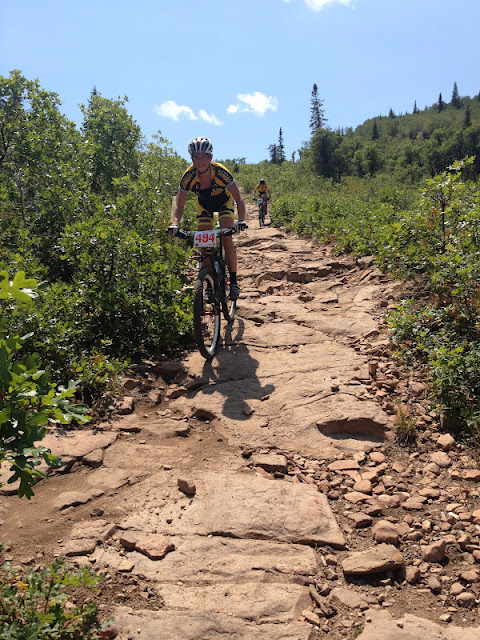 Just as the sun started to poke through and dry things out a bit I rolled into the Start/Finish, high fived Sarah, and sent her off on her lap. Overall, the trail conditions were near perfect and we ended up 3rd overall in the Co-ed duo category in a fairly close race.  Between the usual friends I run into at races and all the guys and gals from Moots it was almost like I was at a local race with all the familiar faces.  If it's not already on your calendar for next summer, I would add the Stinger. This race is going to quickly become a Colorado classic.