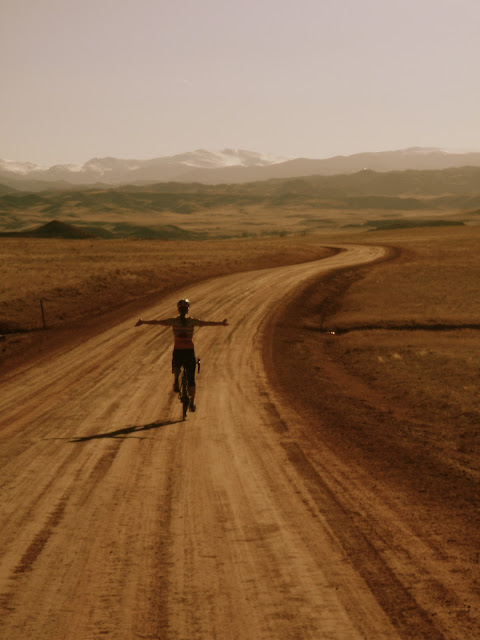 Sarah's attempt at flight number 63,487(ish) on Thursday afternoon
It's no secret that I haven't been spending as much time on a bike saddle this winter as I have the past several seasons. I made myself a promise last fall that I wouldn't ride either the rollers or a trainer all winter and so far I've kept true to that promise. Granted, I've still been busy with loads of Yoga working to address some weaknesses/imbalances that have surfaced the last several years, a good helping of trail running, and as much skiing as I can muster both on skinny and fat skis. I honestly didn't have the desire to put on layer after layer to go and ride in the cold, or even worse, spend hours trying to chase down my basement wall while watching crappy movies. I knew the desire to ride would return and I tried my best to honor the process and not force it.

However, it's been getting warmer lately and I've been sneaking out here and there to ride. Surprisingly, I actually feel amazingly strong considering the time of year and my lack of pedaling hours the past few months. Spring is just around the corner, I've got a new snazzy bike on the way, a few new goals in my head, and a renewed desire to get out and pedal.

What are the "must ride" trails close to FC? In april I got a four day training that ends at 4 pm everyday.

Nice... is ok to chill at time last year was mellow for me and now its helped hone the focus and such...