As of late, I've been spending a decent amount of time on skis. Well, decent for living in Fort Collins where snow can be hard to find.  This past weekend, I headed up to the Pass twice and had a grand ole time dodging trees. Saturday it was windy, cold, and good visibility ment seeing over 50 feet. However the snow was deep and because of the avi danger we stuck to mellow slopes which ment speed was mostly absent. Still it was a great day out poking around. Sunday was nearly bluebird, calmer, the snow was faster, and it was one of the better days I've had on skis. 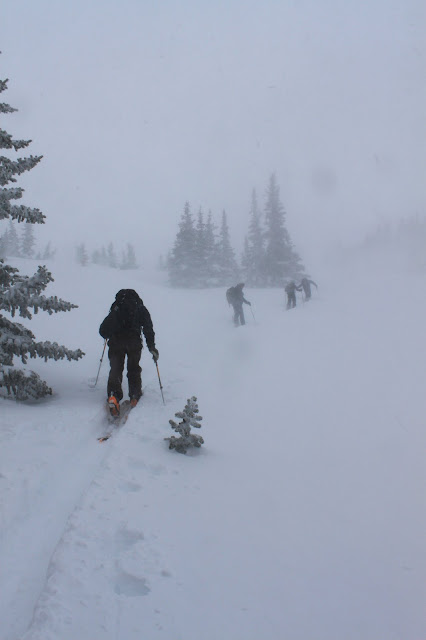 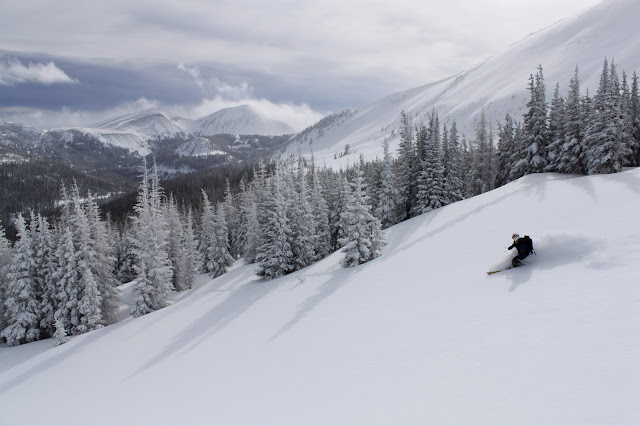 Dave enjoying the goods on Sunday