Scraping the rust off

I won't lie, this winter has been long and frustrating. My road bike has seen more miles that it should and don't even mention the word "rollers". Granted, riding the road is still better than going to the gym and hearing dudes grunt while flexing in the mirror - however, something was missing. I'd been in a bit of a funk since November with my riding and couldn't put my finger on what was out of whack. Motivation was waning, my stoke level was getting low, and my mountain bikes were gathering dust. None of which are good things. Since Moab in October, I've ridden dirt a few days over Thanksgiving, 2 days in January, and 2 days a few weeks back, less than 10 days in 5 months, that's plain wrong.  In hindsight, it's obvious - I was in serious singletrack withdrawal. 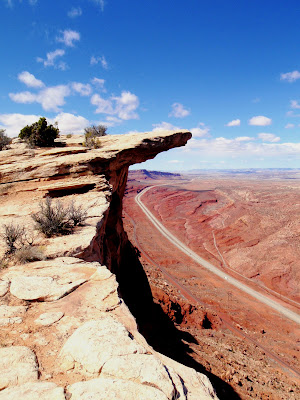 I spent roughly 11 hours riding in Moab on Saturday and the transformation was magnificent. The first few hours I was bouncing off rocks like a pinball and hitting ALL the bad lines. However, eventually the rust wore off, the instincts came back, (after-all, it is just like riding a bicycle) and before long I was consumed with all the sensations I had been missing all winter. Typically when riding all day there is a certain decay of skills, strength, and ability, however Saturday everything got better, faster, and stronger throughout the day and I finished wanting to ride up everything in sight. 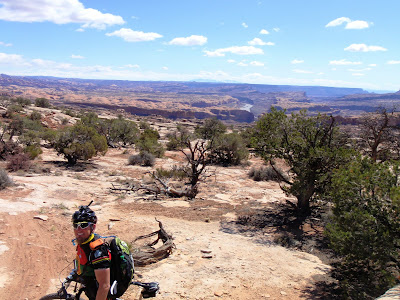 Instead I packed up and headed back to Fruita where 3 ladies were waiting for me, or using my lateness as an excuse to drink more margaritas, I'm not sure. Either way, I had a burrito and a birthday song waiting for me when I arrived. That's another story all together.

Sunday, the ladies let me join their party and we all headed out to Loma and just as we were getting warmed up, there was an incident..... bike down and out - for good.  Everyone let out a collective groan followed by some cursing, followed by JJ having to drag it back to the car. 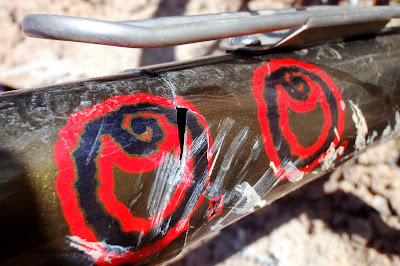 However, the rest of us rode on and I often found myself motoring off the back with legs that didn't want to go beyond diesel speed due to the previous day. Regardless, I found myself perfectly content and happy to be on chunky trail after far too long of a hiatus. 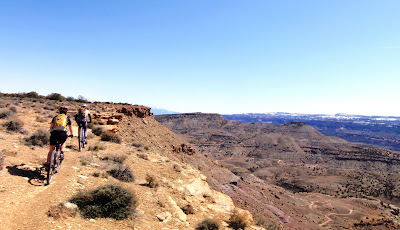 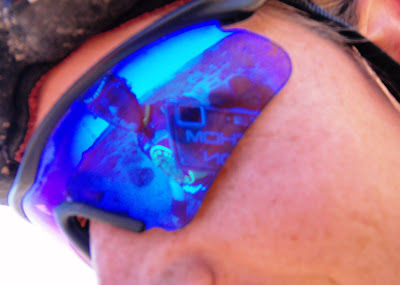 I didn't take too many photos of the weekend however this one of me and Sarah (which I stole from Eszter) sums up in a nutshell how much I felt like a fat kid in a candy store.  (For the full effect zoom in and check out my facial expression)  That's right - spring is here! 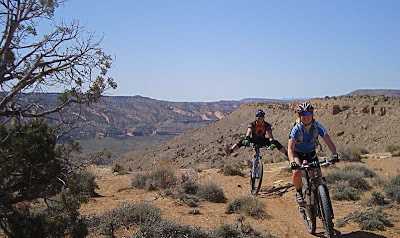 Only 4 more days till next weekend.

back to the desert... what do you say?

boy-pie and sarah-pie in the car and headed to moab. i'll find a pony and we can play whhheee--wwhhheeee--whhheeee all weekend long!!

nice job on your 11 hrs this year!

Nice write up man, and I'm totally digging the first and last pictures! Glad you got some dirt and rock under your tires!

Kick ass dude, wishing very badly I could have made it out to moab this spring. I've only been on the dirt 1x in the past 5 months!! albeit with snow over it. this weekend should be good to go though! Glad to see you having fun. Will be out there in June, we'll have to hook up!

Nice. Those pics are awesome. I miss red rock.

Andrew, nice meeting you on Sat. What a perfect day for that monster ride.

I know the funk feeling. Had it myself this winter. Glad that you're out of it too.