Starting on the right foot

Well, another year is in the books. I could do some sort of a retrospective post, but I've been feeling rather short winded lately. So, in the interest of me being lazy, how about just something about the past weekend?

Friday I decided to ease into the new decade/year/month/day/morning ever so slowly by lounging around and not getting out riding soon enough to ensure that my ride would end in daylight. Either way, I didn't take enough clothing and spent 4 hours perfecting the "toe flex while pedaling" technique and the "balled up fingers in glove riding" style. I stumbled home sometime around dark-thirty slurring my speech and with several useless appendages.

Saturday, the lady and I chose to hit up a group ride to relieve the riding solo blues, and since the chilling memories of the day prior hadn't left my brain, I completely overdressed and spent the day baking alive in my clothes. Oh yeah, and the fact that it was really my first truly hard effort since mid October didn't help, I was 'a hurtin'.

Sunday, I had an open day so decided to do some good ole fashion splorin'. Gravel and B roads were the surface of choice and I put some good miles under the tires. Sunday was the only day I had a camera so rather than me blather on about the ride, I'll let the shots tell the semi-interesting story. 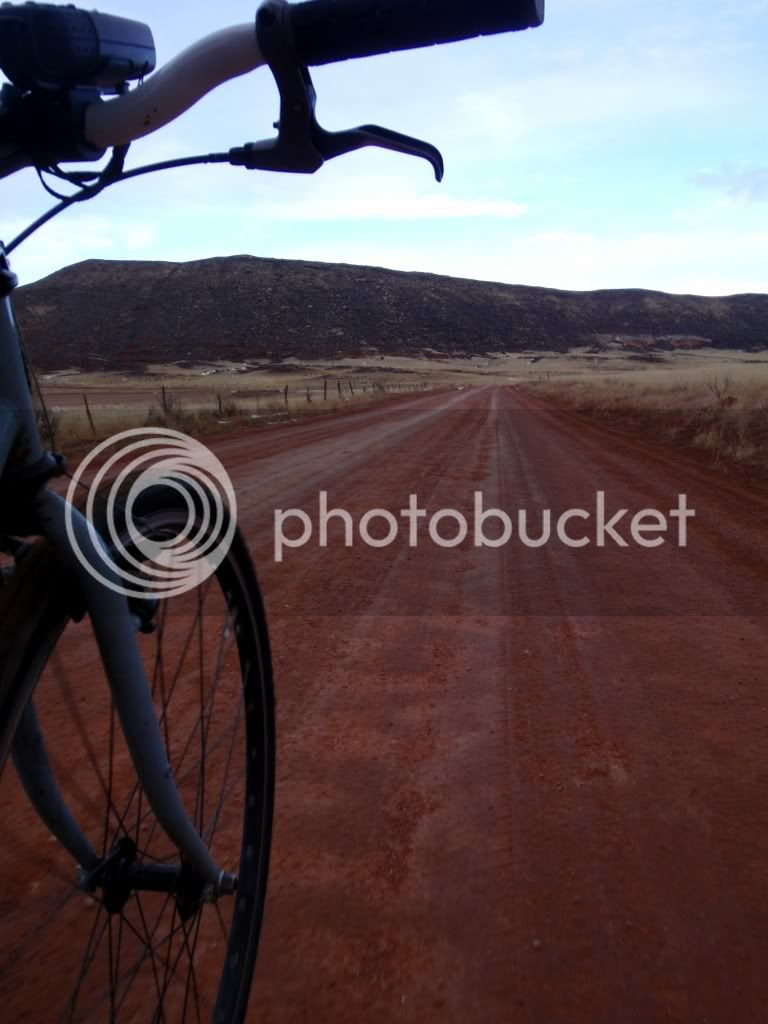 At first conditions were nice. A breath of wind, some sun, warm-ish temps, and nothing but roads like this between me and Wyoming. 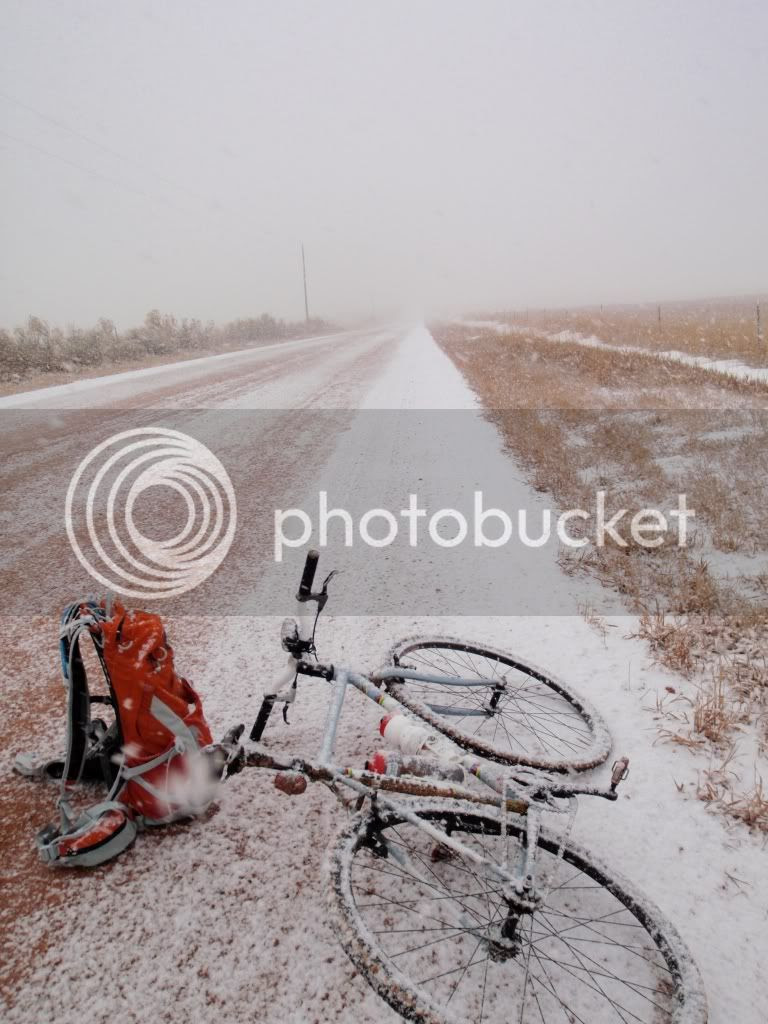 Then Ma Nature pounced on me. Within 15 minutes there was 30 mph winds, snow, and visibility was practically zilch. In the photo above there are actually some darn big hills, and then mountains behind them, just about half a mile up the road. I swear, they are there.

But in the end, the storm blew over leaving some not so crappy views as the sun set. Not a bad first three days of the year eh?

Here's to another year of doin' whatever ya do.