Ok, so let me preface this write-up by saying that events like this years Vapor Trail are what mountain biking should be and that it was one of the most enjoyable night/days on a bike I've had in a long time. Tall words eh? Here's how it all went down:

The full course sits at 125+ miles, 20,000+ feet of climbing, loads of high elevation, and even more hike-a-bike so even if conditions are perfect the ride is brutal. Throw in the fact that it was raining cats and dogs Saturday evening and snow was predicted up high and you're staring down the barrel at something pretty serious. Also, two weeks ago I had a 4 day bout with food poisoning and last week I had a fairly bad cold. So even though I was feeling better for the first time in 2 weeks, the lingering stomach issues were in the back of my head. About 9PM the call was made to push the start back to midnight to allow the rain to clear out a bit. 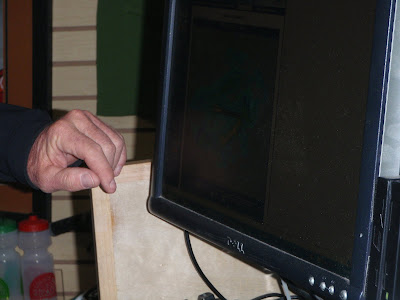 So everyone got to sit around the nice warm bike shop for another 2 hours, drink coffee, eat cookies, and chat with some friends we don't get to see too often. When midnight crept up the rain had stopped and we rolled out of town. Temps were nice and cool and before I knew it we were closing in on the Colorado Trail. However, before we got there the skies opened up a bit reminding us that mother nature still had the upper hand. I had learned my lesson about getting wet in the rain at night so as soon as the first drops fell I had full pants and a jacket on. Getting soaked at 1am an hour into a 100+ mile ride with few bail points was a risk I wasn't messing around with. The rain didn't last long so the rain gear came back off and I got to rail the perfectly tacky colorado trail under the glow of my lights. I have ridden that section 3 times now and always in the dark so I knew it pretty well. I don't know if the views are any good but I know the trail! A few miles before the first aid my legs suddenly went from feeling good to feeling absolutely amazing. I cranked it up a bit and passed JK just before the aid. I only stopped long enough to top off a bottle and slammed a few cookies in my mouth. Once back on the trail I noticed there was only one set of tracks, I was all of a sudden in 2nd. The climb up to Alpine tunnel is long and I am NOT a climber but I kept on the gas and was really digging the solo climbing. As I got higher the pine bows were frozen and the sky was crisp and clear. The stoke meter was pegged out. At Alpine I was joined my Matt who can out climb me any day on his single. We rode up and over Alpine together which will be a highlight of my year for sure. I crashed a bit coming down Alpine and it's always fun going over the bars at night! Matt and I continued to ride until when part way up Tomichi I had a .....well, I'll put it this way.....a digestive emergency. Needless to say I had to visit the back side of a tree ASAP! I think it was a combo of some lingering issues from my food poisoning combined with riding/eating all night and sitting around Absolute for 2 extra hours drinking coffee and eating cookies before starting. When I was stopped 2 folks passed me, but I then got over Tomichi and bombed down to aid #2 which was by far the coldest I was the whole ride. Actually I was much warmer this year than last despite the colder temps and rain. Last time the weather was good so I went light, but because of this years forecast I had to pay much closer attention to my clothing selection and I couldn't of been more pleased....light but safe. 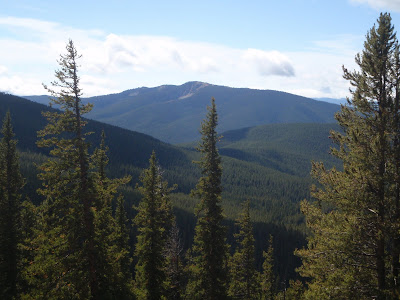 At aid two my stomach was still a bit messed up but I slammed a coffee and a pancake and rode off still chewing the pancake. Last year I literally exploded climbing up Monarch so I started off a bit slower this year. however my stomach was really starting to give me problems and I couldn't eat or drink. Eszter passed me at the base and once again my complete lack of climbing ability came into play. I kept it steady up the never ending climb (seriously it never ends) and made it to Monarch just as Matt was leaving. I swapped out some clothes, ate a PB&J, filled bottles, and took off. Just after the aid I puked up the PB&J but then a strange thing happened, my stomach fixed itself and I was back on track. So, from then on I was riding fast, taking chances, and trying to make up some ground. I passed Matt just after the Marshall Pass aid and then just as I came within sight of Eszter at start of the Rainbow trail I blew a tire. So after I fixed that I was rolling hard and fast and caught back up at the end of Rainbow. Eszter and I rode into town together and straight to the food table. Overall, it was one of my favorite days on a bike in a long long time! Thanks to everyone who works to put this amazing event together - I still have a smile plastered to my face!

Super Work Carney!!
At the SM 100, I ate a few too many fig newtons. Pulled the trigger halfway up a climb, and the stomach felt soo much better!!

On to MOAB BABY!

Way to rock it man!

Congrats Carney. Way to push through some gnarly stomach issues and still come out on top. I enjoyed the writeup.

As you know...you are the second person that had to poop on Tomichi that was riding with me in the VT125. Jeff Irwin in 2007 and now Andrew Carney in 2009. So apparently I make people poop on Tomichi in odd numbered years.

Good riding with ya amigo. Let's hit WRIAD this fall.

Good job man. I figured after the CO trail race, you were going to be fast as heck this year. That coffee shop food messed with me from Tomichi to Monarch also. I haven't had that sick of a stomach in ages. How about the healing powers of the Crest?