Saturday, around 2 hours into a planned 6 hour day, the brother and I were descending when he overcooked a corner on Pole Hill Road. Using his ninja reflexes, he darn-near saved it before narrowly missed a small boulder and hitting deep sand, which promptly turned him into a 35 mph lawn dart. I was ahead of him, so I didn't see or hear the crash but 10 min later after climbing back up, I found 2 vehicles and 2 other cyclists who had stopped to help and were bandaging/cleaning him up. So, a van ride, an ambulance/ranger check, and a CT scan later it was determined that other than some road rash and a totaled helmet, he's no dumber than he was before the sailor dive. :) Pretty damn lucky! 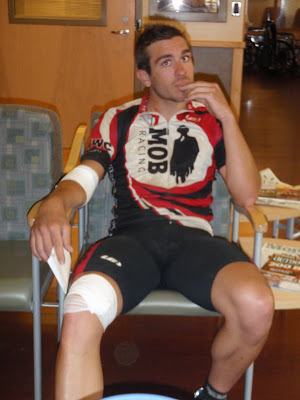 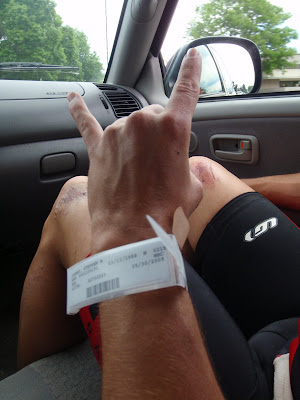 Be carefull out there and wear your helmet!!!

Geesh, does Stephen ever NOT crash?!? Glad your riding buddy bro is okay and ready to roll again!