Even though the calender says it's November, the weather today hit darn near 70 degrees. So, to take advantage of the weather myself, Marc, Stephen, and Scott all headed down to the dirt jumps to do some work and some riding. The first order of business was some good ole dirt moving. We took out the pallets on the first jump, filled it with fresh dirt, and shazam...a table is born. Then after building up the lip a bit we got right down to jumping. I was all over the place and couldn't seem to hit much all day, but Marc was pulling whips with ease and Stephen was hitting the whole set perfectly and throwing in some big bar turns to style them out. The quarter we built last weekend was bone dry, rock solid, and prime. I took a digger on Friday and tore up my right forearm (see previous post), then today, I washed out on the new table and once again launched into the rocks and weeds. I managed to cut up my knees a bit, but thankfully the duct tape bandage on my forearm held up. While I was crashing I had the image of Dave crashing and separating his shoulder about 2 weeks ago in my head....not cool. I just couldn't get into the grove all afternoon...oh well. Here are some pictures. 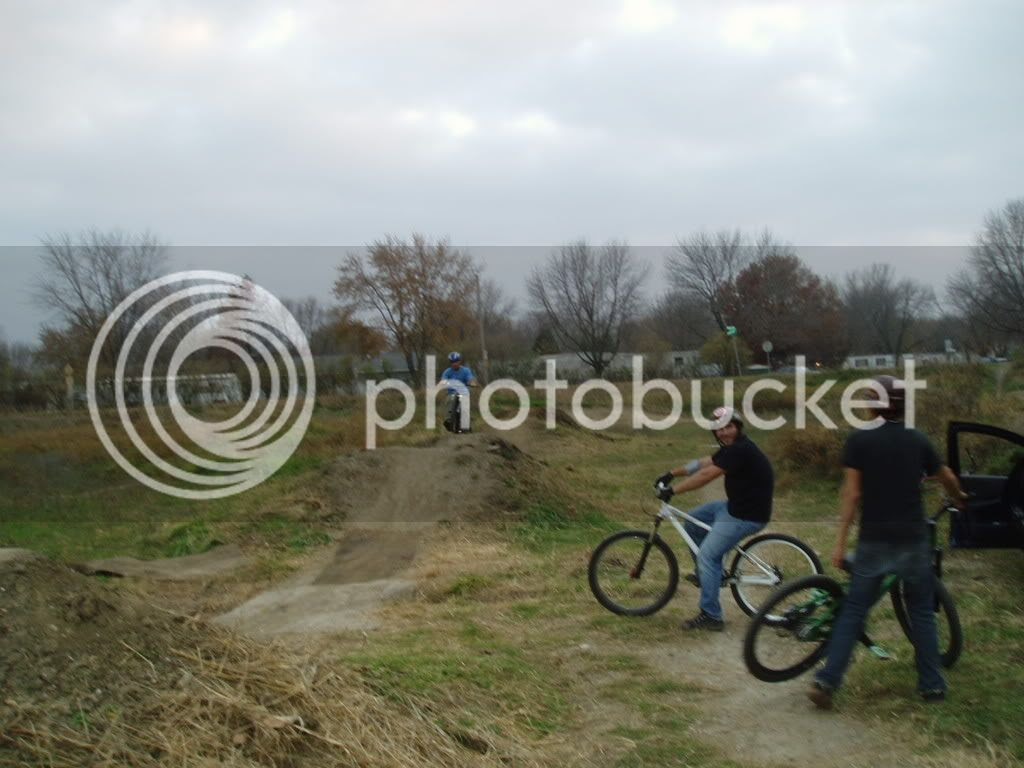 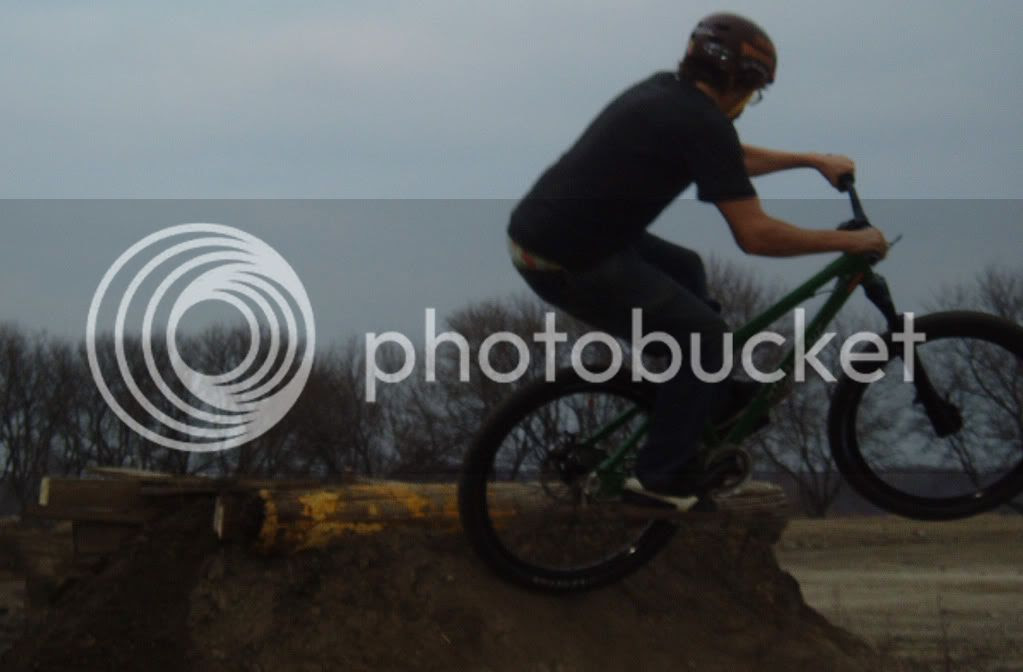 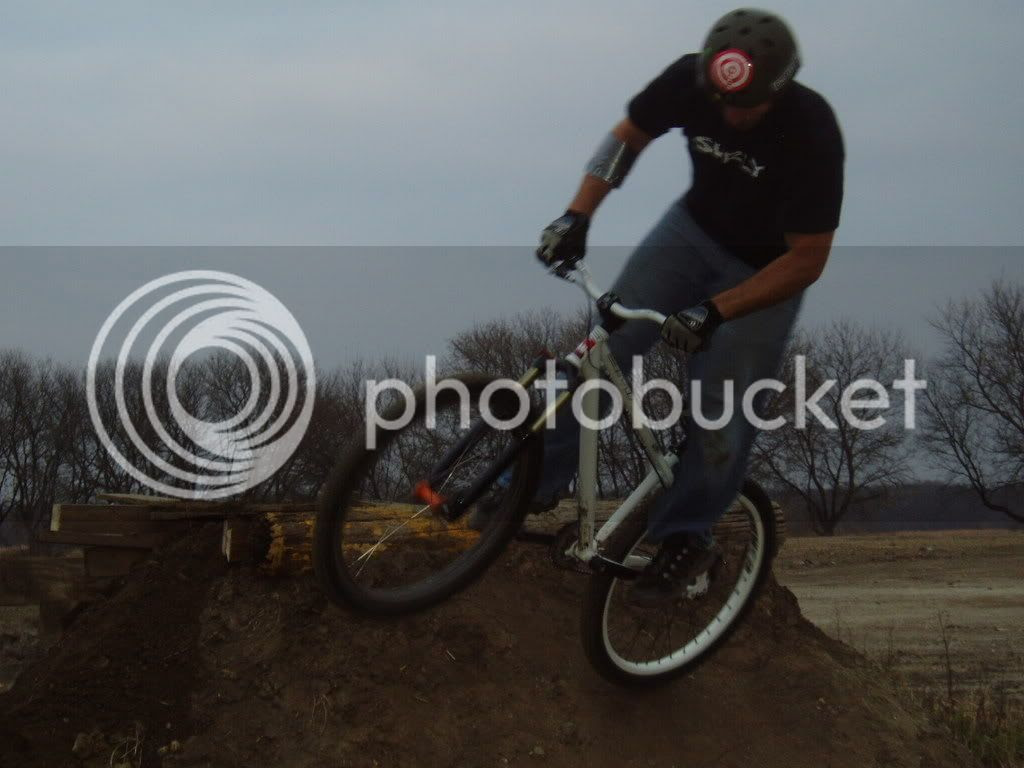 Me trying to learn tire taps...close

Marc told me about this today...check out this custom made downhill bike...and I do mean CUSTOM...even the fork patch is made from a PBR can...style points!!

. . . and then covered it with a pbr can, cause it's probably the strongest can.