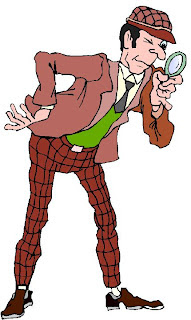 So, here is the story.....As I was leaving to come back home the other day I stopped by Bike World and I got some good news. Mark, who works there, had spotted my stolen singlespeed in the day before on the front of a MTA bus. He knew it was mine by the orange Paul hubs and the stickers that cover most of the frame. He was riding with some friends by the capital the time and they followed the bus Dukes of Hazard style until the guy got off. He gave me the address where he got off and all sorts of other info. We talked and figured out that based on how he was dressed he must at a Kum & Go.

So, myself, my bro, and Dave my roommate headed down to DM in hopes of tracking it down. After checking a couple Kum & Go's in the Area we headed to where the guy got off the bus and waited for the bus to come by at the same time it did the day before figuring that he would be heading back to work like the day before.....No Dice. Then we decided to stop in at Rassys and take a break and come up with a new plan. There I ran into a couple riding buddies from who are also cops. I talked to them and learned a few things that I could use to my advantage. By this point we had narrowed it down to one location and had a description of the guy. So, I headed over and talked to the cashier currently working at that Kum & Go and carefully pumped him for info. I discovered that the guys name was Ronnie and that he would be back in at 11 that night. We were all tired by that point so we drove back to for the afternoon and went for a ride.

As night rolled around my brother and I drove back to DM and waited for him to roll up to work. 11:00 came and went and we didn't see him ride up to the front. At about quarter after we went into the store and low and behold he must of snuck in the back. So I stuck my head into the back room and damn.....there was my bike!!! Now that I knew that my bike was there I waked up to the counter to confront the guy. I explained to him that he was in possession of stolen property on his work property and there was two ways to handle it. I had filed a police report when it was stolen so I could easily call the cops and have them handle it or he could just hand it over....he chose to hand it over saying that his brother who lives in Ames had given it to him.....hmmm??? He even then said thanks for handling like I did and not getting the cops involved...I really didn't care either way and was just glad to have it back.

So after a day of crack detective work we tracked it down in DM and got it back.....not to shabby. Now I can head down to the dirt jumps and do some thrashin!! Big thanks to Mark for spying it on the front of the bus and taking the time to follow it!!!.....Maybe I should consider a career in the CIA??

Nice work Andrew! Glad to hear you got your ride back.

just love it when a plan comes together:) Nice work.

And I didn't even have to break out any ninja moves....or my lead pipe.

Andrew, nice work man, that is so cool when the good guy wins in the end!! Glad you got your bike back.